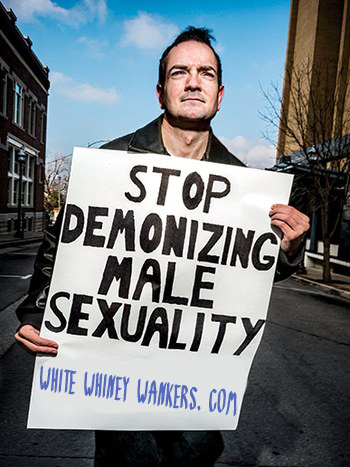 I recently completed a novel set in China around the lives of four Chinese women over most of the 20thcentury.  Readers of these pages will be hearing about it soon enough, but sneaky promotion is not the main subject of this essay (which picks up on the theme of 104.4 Rice Bunny 1). At the end of that piece, which concentrated on the evolution of the sexes, I posed the question: So what happened? How did it come to pass that it was men who ended up running the world, and fucking it up?

Pretty much since the beginning of recorded history it has been men who have driven most of that history and, it must be admitted, that on the whole they have done a rotten job of it. Now hold on for a second here because I know what some of the guys are going to say: What if Hillary had been elected? Right?  What if women had been in charge of the world for the past sixty millennia?  It coulda been worse!”  Right?  Admit it, you misogynistic turd; you at least thought that. Right?

Well, we’ll never know, will we? We just have to deal with the crappy job men have made of it.  And their tradition continues.

Now I don’t want to get discursive here but I need to return to my new novel for a moment, because much of the inspiration of the derives from traditional attitudes in Chinese culture towards females, who are regarded as lesser beings, at least in the social sense, than males. In fact, my story takes its inspiration from the awful practice of female infanticide. Coincidentally, as I was preparing to write this piece I stumbled upon the following quotation from Pearl S Buck, author of the novelThe Good Earth, which was subsequently made into a feature motion picture of the same title in 1937.

“So, though I am impressed with the fact that American women do not, as a group, seem happy, privileged as they are, I am not surprised. I know that happiness comes to an individual only as a result of personal fulfillment through the complete functioning of all the energies and capabilities with which one is born. I do not for a moment mean that all women must go out and find jobs and “do something” outside the home. That would be as silly and general a mistake as our present general clinging to tradition. I simply mean let us be realistic. Let us face the fact that as a nation we are in a medieval state of mind about the place of women in society.”[From “America’s Medieval Women,” which appeared in the August 1938 issue of Harper’s Magazine. By Pearl S. (Pearl Sydenstricker) Buck]

As more women (although globally this is tiny fractional) move into the category of being\economically independent (of men) they will reach the point of having what I call “Go fuck yourself” money. More women than men are graduating from universities, and so more of them will be in a position, financially, to walk away from bad and brutal marriages and families.  More will be able to, say Go fuck yourself” to their abusers, to the Weinsteins, Cosbys, and Trumps.  In most societies throughout history, females have been kept in a form of servitude and outright slavery.  Kept illiterate and regarded as “property” by their fathers they could be sold and traded like any commodity and never escaped bondage.

Some readers will already know that I have two daughters. A few times I have been asked whether I would have preferred sons.  You know, the implication being all that bullshit about having the family name carried forward, like we’re still living somewhere between Deuteronomy and Leviticus. More often I have considered myself fortunate to have girls, little versions of their mom: kind, loving, generous, sweet-smelling and soft.  None of that competitiveness that can go, on between fathers and sons.  No need to teach them how to throw a ball, how to hunt and fish.  So the answer to that question is “no”; I would almost prefer to be without progeny altogether because the risk is high that I could end up the progenitor of a jerk who is a member of that gender that is a perpetrator of the vast majority of reprehensible shit in the human experience past and present—the wars, the poverty, the degradation, the murders, spousal and child abuse, the rapes (I could go on). Think about it; it’s mostly men.  Sure, there are some women who, if they have the power and privilege, who can be real bitches, but they aren’t so easy to enumerate and, anyway, are best described as “acting like men.”

I am not sure if we men are sort of pre-destined by our evolution and DNA to be such assholes or, that it is our acculturation.  We see an awful lot of parallels in Nature, with only a few species, like Black Widow spiders and female preying mantises, able to turn the tables and cannibalize their mates.  Maybe Nature sets things up the way they are, with some crazy Malthusian wavy equilibrium between rapacious breeding and herd-culling warfare.  Or maybe not. Maybe it’s the biology–that being pregnant vulnerability. Maybe it grew culturally out of that long age of hunting and gathering (more on that below) time—the weaponized male. And we ought to consider it might have been that Garden of Eden business that put the guys in charge.

Moreover, I am not sure how to raise a boy: I’m not sure what to think about what my dad tried to teach me. And my father was a great guy, actually a tad uxorious by the male standards of his day.  So, what would I teach my sons? Fortunately, I do not have that responsibility. But if I did, I would not begin with the attitude and philosophy of male douche bags and whiners like Jordan Peterson.

Who is Jordan Peterson you might ask?  The new champion of what I term Whining White Guy Wankers, I might answer.  Nature abhors a vacuum and it was only matter of time in an age in which women—at least in the more economically-advanced societies—were not putting up with as much male shit as they used to. Peterson has become their eloquent spokesperson of the YouTube circuit bitching about political correctness in universities and about feminism, just the right combination of cultural bugaboos to open the doors for whiners to lament the assault upon male privilege.  As a McGill University Clinical Psych professor Peterson is rhetorically adept well beyond the MAGA-hatted whiners unleashed by Trumpies feeling the restrictions on “pussy-grabbing.” But behind the tweedy leather-elbow patches and slick debating evasions is just another whining White male wanker. In his best-selling book 12 Rules For Life: An Antidote to Chaos, Peterson argues:“Culture is symbolically, archetypally, mythically male”—and this is why resistance to male dominance is unnatural. Men represent order, and “Chaos—the unknown—is symbolically associated with the feminine.”

Peterson is appropriately Trumpian when he gets any blowback for this verbal feculence, especially when it comes from the academic world (“there are whole disciplines in universities forthrightly hostile towards men.”  Awww, poor babies.

Peterson and his cult of whiners never seem to ask themselves: who is the power to start wars, distribute weapons all over the world, operating industries that denigrate the environment, run the organizations the traffic women and children, etc. etc. It takes a lot of power to do that, almost none of which is in the hands of women. Yeah, what we get is a bunch of whining males who claimed that the rise of feminism is threatening their weenies.It’s not just out of work minors, and duck dynasty douche bags and the types of dimwits who take Trump as their hero, but they also need intellectual spokesman and along comes Jordan Peterson, a pseudo-intellectual twerp who has become quite popular with his YouTube protestations that women are going to fuck up all the wonderful things that males have done to the world since they first realized they were strong enough to hold women down and tell them they might as well enjoy it. Welcome to the new cult self-victimization.  What’s next, #MenToo?