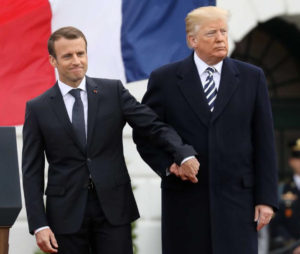 Apparently, NRA Will need to revise it’s mantra to “All it takes to stop a bad White guy with a gun is a black guy with balls.”  Donny was too busy making Google eyes with Manny to give any sort of recognition to Mr. James Shaw, an African American of Nashville, Tennessee, who disarmed Travis Reinking of his AR-15 before he could add to the four Black people he had already shot and killed in the restaurant. Trump, of course,completely ignored this selfless act of courage since it does not align with his White supremacist values.