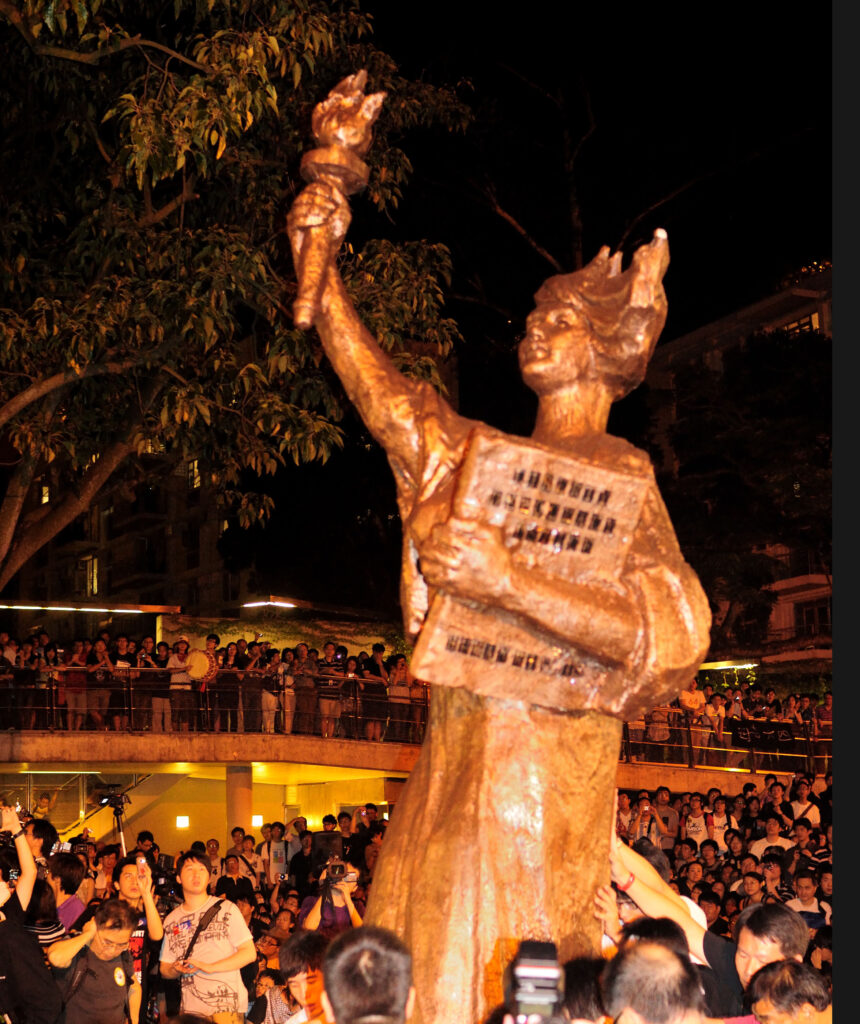 Each year since 1989 Hong Kong students and others have mostly peacefully and quietly commemorated the failed demonstrations for democracy in TN Square.  I have participated in a couple of these events myself, and I can attest that the Hong Kong demonstrators are well aware that the event ended in a bloody massacre conducted by the Peoples Liberation Army. They know what can happen to them in their protestant demonstrations for their five demands, including some democratic suffrage, and the right not to be hauled out of their beds and extradited to the north.

The question on everyone’s mind is will, and when will Xi Jinpeng and the PLA crush what they considered to be the Hong Kong rebellion. Everyone knows that the only weapons the demonstrators have are the media, including social media that might ignite world opinion and governmental response to forestall the slaughters that would be the result of such an asymmetrical conflict. The question increasingly becomes when, and how bad will it be. Many of the students are prepared to die, and China’s army will accommodate them. The Chinese have a long history of slaughtering one another. Since they had already been sold out by the UK, currently absorbed with the question of its allegiance to its European neighbors, they should expect no sentimental succor from their erstwhile masters, or anyone else.

The Hong Kong student demonstrators are metaphorically, therefore, in the same position as the “Tankman” of T-Square—a stirring example of defiance and courage that could be instantly squashed like an insect.  Alternatively, the Xinjiang methodology of rounding up and concentrating hundreds of thousands of Uighurs into “re-education” camps might also be applied.  Ironically, their only layer of protection is there tenuous local government and its police force, which are the focus of their protests. Ironically, the only physical territory they can occupy and are forced to render dysfunctional, and even destroy, is their own community. So, their own police force has turned against them, and it is increasingly difficult for them to maintain the support of their own neighbors, friends, and even families whose lives have been disrupted by tear gas and a paralyzed physical infrastructure. They are, paradoxically, forced into the position of destroying their own village in order to save it.,

The Hong Kong protesters, therefore, find themselves in a position not too dissimilar from that of the African American civil rights protesters who created civil disturbances in several American cities in the 1960s. Those “burn, baby burn” incidents remained mostly contained within minority communities that were attacked and destroyed were primarily and, although they were often characterized in the media as “riots,” beyond hostilities with police and fire responders, did not reach significant interracial confrontations. Likewise, Hong Kong protesters only have their own businesses, transportation systems, to attack, and of course local police as proponents. If effect, the protestors are at war with their own government, a government that is beholden of its authority to the People’s Republic of China, and incapable of granting their demands. The People’s Republic of China is able to sit back and wait for the local situation to deteriorate to the point where a good case can be made for its intervention.

The point has been frequently made that, probably four individual safety reasons, these protests and demonstrations have not had centralized leadership. This in part might be an app strategy for avoiding apprehensions and detentions, but it might also have negative consequences in what appears to be actions lacking coordination and strategy, and sometimes giving the appearance of unnecessary provocation of local authorities.

It may well be that the Hong Kong resistance has placed itself in a position well beyond its capabilities. Its forms of civil disobedience have devolved from peaceful mass protests to direct confrontations with local police that involve rock-throwing, firebombs, hand-to-hand combat, and other quasi martial behaviors that have been invited responses by police using disabling and lethal weapons. Rather than employing Gandhian forms of peaceful resistance, or forms of civil disobedience designed to frustrate and enervate local law enforcement, which, like most police forces around the world are committed to “protect and serve” property ownership and the political establishment, the maintenance of servile obedience, not the legitimacy of civil disobedience.

This augurs badly for Hong Kong and Hongkongers who dread the prospect of becoming part of the Chinese communist autocracy, going from a history of being subjects of a relatively benevolent and beneficent British empire, to the Stalinist police state of Emperor Xi. Their demands for suffrage, civil rights and the rule of law are swimming against strong counter currents everywhere. All of that heady optimism for the growth of democracies in the compost of the end of the Cold War has shown itself to be a massive joke. These soi-disant “peoples’ republics,”—Turkey, Hungary, Brazil, Russia, Poland, Syria, India, Myanmar, and China, among others—are autocracies unlikely to be ideologically sympathetic with Hong Kong, or willing to sacrifice trade interests with the PRC over democratic principles they don’t grant to their own peoples. In a way, then, the Hong Kong protesters is are chasing a chimera of democracy that exists in very few countries and certainly not in the United States, which is a faux democracy that for decades has been slouching towards fascism.  The protesters might be hopeful of attracting American support and intervention, but they should bear in mind that just this year the US has managed to betray both the Kurdish people and the Ukrainians.  Hong Kong might not want to make it a trifecta.