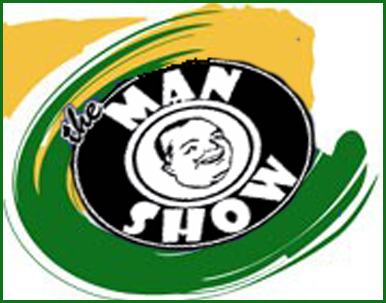 There are many theaters in what we now call the “Culture Wars” that putatively were declared in the 1960s (actually I think the first shots were fired in the mid-1950s in the form of Rick and Roll). One theater was opened up when that first bra was burned on some street on some American city in some year of that decade’s tumult. Women dared to inform men that their boobs were no longer going to be trussed up in those devices that made their chests look like launch pads for Atlas missiles. It should suffice to say that not all women decided that their prime role in life was not to fulfill the fantasies of perpetually adolescent males. That first bra fired across the American gender divide (like the mixed metaphor?) had barely stopped smoldering when the silicone implant had arrived to patronize one in four women, often eagerly financed by husbands and boyfriends.

Not all men have reacted to assertive “liberated” women by trying to get into the studio audience of The Man Show. Some of the guys have sometimes gone a bit wimpy; there was that Promise Keepers thing, and the (not quite) million man march of Black men on Washington sort of simpering about how they have not been good husbands. And worth a mention are some self-emasculating programs like America’s Funniest Home Videos, which has so many shots of guys being hit in the crotch with every sort of object imaginable that it should be renamed America’s Most Brutal Vasectomies.

But enough about those eunuchs.   One of the effects of what became the women’s was stronger, more assertive women, which many guys took to be a new race of emasculating Amazons who not only wanted to climb to the top of the corporate ladder but wanted to be on top in (ahem) other places (mulier equitans).   Reeling from Affirmative Action for minorities on one side and women saying “what part of the word NO do you not understand” and how many sss’s are there in sexual harassment, on the other, the American male was suddenly feeling like he was on the endangered species list. The American White Male had been the Bald Eagle, the breadwinner, the captain of industry, the master of the house, but now felt he had to go to the back of the line in the country he had built. [1]   There ensued a lot of whining, a lot of sympathy from evangelistic preachers who could prophecy the ordaining of women ministers and female ordination of priests. The Bible made it pretty clear what position women should assume, especially after that snake and apple thing in the garden.

They stayed in their place for a long time. Then there was that bra, blazing like the flaming bush on Sinai.  It was time for the guys to strike back. And since so many were forced into unemployment by those un-halted Amazons and their cowed politicians, they had little more to do than become couch potatoes in from of the television. Television was the best medium from which to launch a comeback for guys. Those Amazons—Oprah, Ellen DeGeneres and Rosie O’Donnell—and that turncoat liberal Phil Donahue used it to appeal to their constituencies, but this is the age of niche programming and the men might be able to climb back into he driver’s seat by grabbing a few niches for themselves.

And, by Jove, they’ve done it!   The pop-up ad on my computer announced that next week would begin a new series I shouldn’t miss, Ice Road Truckers.   This is a series about 18-wheeler truck drivers who drive their loaded rigs across frozen lakes somewhere up North, braving temperatures to forty below and risking crashing through the ice to certain death.   Wow, we might even get to see somebody die. That was the same tension and danger in the series that just ended, called Deadliest Catch.  Now, if you want to see guys really putting it on the line, you ought to see them battling crabs, big freakin’ crabs that they catch in giant cages, in raging seas off the coast of Alaska.   Week after week of cages of crabs, with us waiting for some guy to get smushed by a cage (and maybe eaten by crabs) to show it’s a manly thing.

Over on another channel manhood is being put to the test not against crabs, but bulls, huge freakin’ bulls who don’t seem to like drawling dorks riding on their backs, especially when it appears that something has been applied to their genitals. Bull Riding is said to be swiftly gaining in viewing popularity, but if you think this is about anything other that waiting for some one-ton bull to toss some guy named Travis fourteen feet in the air, catch him in the groin on his horns on the way down and then stomp his ass with his hooves, then you’ll believe anything that falls out of the back ends of those bulls. Taking the pain and coming back for more is the manly thing.

The point is that these shows are about how guys are willing to regain their manhood by, paradoxically putting their male reproductive equipment in great jeopardy. Ironically, the encomium “that guy has balls” can be applied even after he no longer does.

Suddenly guy shows are all over Cable. There’s the immensely popular Ultimate Fighting Championships, where martial artists paint in blood in a cage that isn’t filled with crabs (hmmm, there’s an idea there). About the only thing that isn’t allowed is striking to the reproductive equipment. It’s more real than that fake wrestling stuff on the other channel. Suddenly guys are everywhere: building “choppers” and muscle cars, and always trash-talking in the ways that guys love to show that they don’t belong on Queer Eye.  There are Cops and The Military Channel , and gun and hunting shows.

There’s a lot of stuff for guys to watch. So you have to wonder why so many of these shows are sponsored by Viagra, Cialis and Levitra.

[1] OK, so white males had to drag in some black slaves, and yellow Asians, and brown Latinos to do some of the crap work of building America, and then they show their gratitude by coming uop with Affirmative Action.