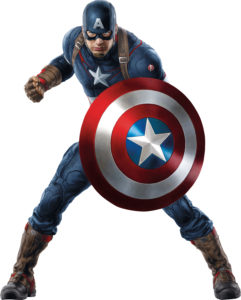 Many years ago I remember a relative of mine joined a volunteer fire brigade. He would have preferred to be a member of a regular fire department, but the suburban township in which he lived could not afford one. Still, he did get to display an insignia in his car window and he took a definite pride in being a fireman and saying that he put his “life on the line.” He was, paradoxically, almost eager for an opportunity to demonstrate his sense of enhanced manhood.

“Other people run to safety, but they run toward danger.” How many times have we heard these or similar words in respect of policemen, firemen, soldiers and others sometimes summed under the rubric “first responders, people we almost reflexively praise in American media as “heroes.” Courage, selflessness, brotherhood, and patriotism are a few of the many virtues of the heroic personality (not fame, glory, and wealth). And before you start rolling your eyes and mumbling “here he goes again, smearing institutions that ‘make America great’,” I am grateful for any society that has “first responders” to disasters and dangerous situations. Yet, like anything that involves human beings the glass might not be “half empty,” it is not always, if ever, completely full. So this piece is a bit nuanced and, if you are a Trump supporter, you might just want to give your fried brain a rest and return to keeping up with the Kardashians.

The hero complex begins early in human experience. We are taught the stories of David in the Bible and Achilles in Trojan War and stories of other (mostly) warrior heroes. Superman, Batman and other superheroes stoke our imaginations from childhood, and for some, well into adulthood. Movie actors become models for heroic personages (some of whom actually were distinguished in war) like John Wayne and Ronald Reagan for playing heroes. Television has generated a host of new heroes too numerous to mention, from Teenage Mutant Ninja Turtles, to X-Men, to the heroes and heroines of The Hunger Games. Then, of course, there are the opportunities to be a hero in a video game, vanquishing mad robots, zombies and alien invaders with your slashing thumbs and a bowl of nachos and a Coke at your side.

Who would not want to be a hero? Heroes get the fame, glory and praise, sometime money or a big book advance, and usually the pretty girl. In reality of course it is not always like that; they get the debilitating wound or amputation, PTSD, or a plot in some hallowed ground. The first responders at the 9/11 site ended up with respiratory disorders and other illnesses they acquired from” running toward the danger,” acts of bravery for which they have not been a heroically compensated.

So what’s the beef with heroism? It’s just that, the –ism part of it where it morphs into something that society needs in ways that ought to give us pause. We get hung up on whether John McCain is a “hero.” Donald Trump dumped on McCain as a “loser” who got shot down, refusing to call him a hero. Ironically, this is one thing on which I happen to agree with Trump, although I doubt our reasons are the same. I do not regard McCain as a hero because he was dropping bombs on civilians and later sort of became a “professional” POW to enhance his political ambitions. How he gets to be an “authority” on national defense from spending several years as a POW eludes me.

But that is part of the reason we seem to need the mythology of heroism. Early in the Iraq war the U.S. military falsely turned Jessica Lynch into a hero who fought bravely until she was captured. Her captivity was the only true part (she could have been killed) and the “heroes” were the Iraqi doctors who treated her wounds. The Pentagon called Pat Tillman is a hero, too. He was the pro football player who gave up his lucrative contract to be an Army Ranger in Afghanistan. He was killed by his own troops and the whole was a cover-up so he could he canonized a “hero” until the truth came out.

We need to exploit their exploits. We have medals awards for them and special sayings like “many gave some, some gave all.” Yet the truly selfless act of bravery is never easily separated from social conditioning, fear, or unconflated with self-preservation. What is clearer is that the true heroism is just as much as exploited by the casual and political inflation of the term hero. Most recently this exploitation has been employed in the aftermath of the killings of police in Dallas and Baton Rouge. In the encomiums for the police officers—slain, ironically, in circumstances of protests against excessive (and un-heroic) police use of deadly force against African-American victims—they are reflexively praised as “heroes” for doing a “dangerous job,” albeit a job (not a duty) which they have elected to perform and have not been conscripted.* While these assassinations must not go free of our condemnation, it is reasonable to ask what purpose is served, if not a counterintuitive one, in the automatic designation of any death in uniform as the result of a heroic deeds.**

Beyond the egregious “political” uses of heroism we must return to the question of whether there resides in some shadowy recesses of the human psyche a need to believe in a class of humanity exempt from the fears and frailties that afflict the rest of us as for whose selfless deeds of protection and service we are especially indebted. Is it perhaps an extension of our imagination of the divine, also born of fear? Is this abiding need for charismatic personality, for hero worship, a sign of deficiency of character and self-esteem?

At the recent Democratic National convention, former Secretary of Defense and CIA Director, Leon Panetta, pumped up the glorification of the military, stating (over conventioneer chants of “no more war”): “The American dream that we’ve all been a part of has been defended in every generation by the brave men and women willing to fight and die for America. They are our greatest national treasure.” And costing at least that much.

So the Hero Complex consists of three mutually-supporting elements: a public need for reification of hero and superhero narratives to which they have been exposed since fairytales and continue to be a part of American mythology; a resulting psychological need in some men to prove their courage, masculinity and patriotism by taking up roles to “protect and serve” and run toward danger, and; the exploitative political glorification of heroism to support militarism, and cover up and distract from political failures that actually endanger the public. In the end, however, the hero is often difficult to distinguish from victim, whether it is POW John McCain, or the less ambitious hero of moment, perhaps missing limbs or due to become one of the thousands of “heroes” who end in suicide, riding in the Fourth of July parade, or trotted out for orgiastic patriotism before an NFL game, or even commemorated for political advantage at a political party convention.

*Receiving far less attention are the questions that have been raised with regard to the three hours Orlando police allowed to lapse before engaging the shooter in the Pulse nightclub.

**Elsewhere (in my forthcoming book, The Babo Gospels: Essays and Parables on Faith and Reason) I have written on the notion of “death-victory” Christianity. So why do we never refer to Jesus as a hero?

*** Yes, this is a reference to the Khan family and it will probably piss some readers off. But I happen to think that this soldiers act of courage and selflessness was not properly recognized and honored in a context that twisted his sacrifice into a partisan non sequitur political jab.

You, Jim Clapp, have huge huevos…. I have thought similar things myself about our “heroes”, but would never have the nerve to express them as you just have.
You may have noticed, that virtually every time someone is called out as being a “hero”, they deny it. They are simply doing what had to be done at the time…. Some, I think, are even embarrassed by all the adulation.

Bob, I concur. I have wondered whether there is an instinct in some people to act in a manner that we might call “heroic.” These are usually he people who do “what had to be done at the time” and might be embarrassed by the attention they receive. I should have included that distinction in my posting. Thanks.