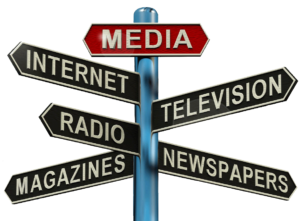 November 9 was an epiphany day for me in some ways. I have not watched a news program, MSNBC, or listed to an NPR or PBS broadcast since that day. I do read some selective sources just keep up on how the media is, and is not, rolling over (poison for them is not getting access), or normalizing Donald Trump (try that with some other sociopath you might know), or explaining just how, with their immense resources, they just didn’t get it close to right. Finally, I am royally pissed-off that the media, especially the greedy media, made this monster president by giving his reality show campaign unrestricted access and air time for a year. So, I have gone cold turkey (although you can’t avoid some, like second-hand smoke) and have been Netflix binging, reading books and contemplating what it must have felt like for Jews, Gypsies, Communists, homosexuals, the mentally ill, and good and decent Germans when Hitler became Fuhrer.

Let me add to this preamble that I have a little experience in the media, although that is now reduced to this website and writing books. But years ago I was a commentator and then a producer, writer and host of my own KPBS program, Metropolitan Journal. I got to do some work with Daniel Schorr and interview Jimmy Carter, and even won a couple of minor awards in both broadcast and print journalism. I appreciate the importance of the media and I am saddened by what has happened to it as an essential source of knowledge and information in the political process.

So I have been dong some heavy thinking about the media in these Trumpian days.

Let’s begin with the fact that most of the world’s population for most of human history has believed in fairytales, ghost stories, boogeymen, mythical monsters, angels, demons, and, of course, gods, among assorted bullshit for which there is not a shred evidence, substance or proof. That’s right, mis-named homo sapiens sapiens have had turds for brains for most of their existence and have had to be dragged kicking and bitching to the spring of knowledge. And for most of history the medium by which this nonsense was transmitted from generation to generation was by word of mouth, from parent to child and from (usually religious) authority figure to community. But there is not that much difference in human gullibility between acceptance of fanciful gods, angels and demons and the acceptance of Obama’s foreign birth, Muslims celebrating 911 on rooftops in New Jersey, or millions of fraudulent Democrat voters in this election. That master of media manipulation, Josef Goebbles must be somewhere smirking.

This is not to hammer on religion, but to make the point that media, as we understand them today are relatively recent in human development, even considering the cave paintings in Lascaux and Alta Mira some 60,000 years ago. Writing can be traced back to Sumer and Egypt, but hardly anyone was literate. Fast forward to Gutenberg and the first book to see print was a compilation of myth and fairytales. Still, tradition was still the medium that kept must humans as homo ignoramus. So it is easy to see how religion was the dominant institution in most all of western societies until the Renaissance, and even then most literature and the visual arts were religious themed. Newspapers don’t arrive until the 18th Century, which were few in number and able to be read by few. Books were also still rather rare.

By the end of the 19th century there were pictures that actually moved and could project real events and small narratives.* People were amazed; the first movies were of just everyday reality. Soon thereafter there was wireless transmission of information (again limited to the few) and then the first mass medium for news and entertainment—radio—the first medium to have a significant influence on electoral politics and employed masterfully by FDR, by whose administrations newspapers and cinema had increased in popularity and influence in the transmission of information, ideas and values. A 20th century person potentially had access to more information and knowledge than everyone cumulatively in human history that preceded them.

In 1960 JFK became to first truly television-savvy politician. Just a few years before the movie The Last Hurrah, had prophesized how television would change political campaigns. The Kennedy-Nixon debates have become part of political legend in America, as has the restraint that the media use to show in not covering FDR’s polio or Kennedy’s philandering, although here is a question of whether they should have given Reagan’s incipient dementia a pass. That all came to a shuddering halt with, of course, with Bill Clinton.

Owing to the digital revolution we now live in a multi-disseminational (I think that might be a neologism) media age in which the public is not just a consumer of immeasurable masses of information beyond the ability to fully access, assess and absorb, but also individual producers and purveyors of content—blogs and websites, Facebook postings, tweets, Wiki sites YouTube and email—almost completely un-monitored, unvalidated and un-fact-checked. This immense, global sharing of information, mis-information and dis-information exists alongside and competes with a traditional mass media that has vastly changed in recent years—television, cinema and newspapers.

Yet, the American public is just as stupid as ever. There are a variety of reasons for this, not the least of which is that they are still perhaps the most religiously credulous population on earth, which means that for something to be accepted as truth require no evidence or logical consistency, and any evidence that does not square with scripture is dismissed. Secondly, the media in particular have fallen for the trap of the fair and balanced and its corollary, the false equivalent. This is not only invidious in political discourse, but reality television’s faux documentary style has given a “truthiness” to UFO’s, aliens building pyramids Big Foot and the Loch Ness Monster, , and other notions that have paved the way for Hillary’s emails, Planned Parenthood selling fetus parts, climate change denial, and the credibility of the huuuuge assemblage of Trump lies. Trump is an illustration of the degree to which media are no longer concerned with the truthfulness of information and the elision of entertainment and information into “infotainment” have undermined journalistic values and integrity.

Fact and opinion, information and propaganda, as well as what is information and what is entertainment have been blurred, often purposely (Fox “News”) into a bastardized media dictated by the norm of the end justifies the means. And one of those ends, especially with the consolidation of major media obtained by government lobbyists. Commercial media has become dominated by commercial norms. Advertising has become another dimension of entertainment function of television. We have arrived at a point where one major political party has come to represent a philosophy that truth is relative, that belief deserves a position equivalent to that of scientific knowledge.

In the final analysis media are means of human communication that reflect our perceptions of reality, in short the way we think and the values we place on the veracity of the substance of communication. Media are a measure of what we consider to be real and what is make believe. We just took a huuuuge step backward into ignorant self-deception, and we will rue the day.

*See Clapp, The American City in the Cinema, Chap. 1