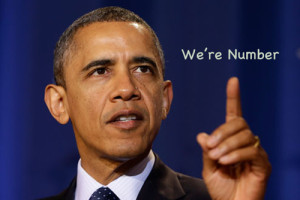 President Obama’s one on one interview with Steve Croft of 60 Minutes last night (October 11, 2015) was notable on a couple of counts (at least to me).It deals with Mr. Obama mealymouthing his administration’s wasteful and disastrous policies in the Middle East, especially that in Syria. Mr. Obama, who has pretty much stayed on course and message with that established by Dick Cheney back into 2002, still does not seem to get, understand, or if he does, admit an essential truth: when you are making war with the people on their own turf, despite how fractious they may be internally, there is no way to win other than out right conquest or annihilation. And even at that, if you regard the history of the last western nation with an Empire upon which “the sun never set” there is no way out other than eventual withdrawal. Bush and Cheney pried open a Pandora’s Box of imperialism on behalf of all of their energy corporation friends and associates, and Mr. Obama has been chasing around all its unleashed evils like a cat chasing a laser pointer directed by his fear of the neocons and the “liberal interventionists in his own administration. Typically, his foreign policies have been as half-assed as much as his domestic policies, and it seemed, when pressed by Mr. Croft, he finally admitted, rather asserted, what seemed to be the foundation of it all when he alleged that America must remain “the number one nation in the world” in order to remain safe, and to protect its “interests.”

Just where this “number one” bullshit comes from has always been somewhat of a mystery to me. Number one-ism seems a particularly, although not exclusively, an American egotistical affliction. Why we can’t just be “the best country we can be” consistent with our principles and needs, rather than having to be “the greatest”, or the most supreme country on the face of the earth? At the end of the WWII, mainly because most of the other military and industrial powers had spent themselves on each other, America had become de facto the number one industrial power in the world, with a well-developed and self-interested, as President Eisenhower admonished us, military-industrial complex. We did some worthwhile things such as the Marshall plan with our erstwhile adversaries, and helped to rebuild other devastated nations so they could purchase our products, but at the same time we were on the search for new adversaries. Communism became the bugaboo that was out to destroy the American way of life in the postwar era and led us into supporting right wing thugs and dictators in the Caribbean, and Central and South America, while arming with the big guns the ever looming nuclear Armageddon with arch enemy USSR. It was a “cold war” but it was still good for the arms business.

What really cranked up the “number one-sm” in the US was paradoxically the collapse of the USSR at the end of the 1980s. For some of us this was supposed to be “the peace dividend” where we could finally turn from building missiles and warheads and tanks and such to putting money into social infrastructure, medical research, and nonmilitary foreign aid. Rather, more in American character, it boosted our arrogance: We “won,” Reagan, beat Gorbachev, “our system proved to be better then their system.” For some it vindicated our stupid adventure in Vietnam. We were finally, and exclusively, “number one” and we could do damn well as we fucking pleased. We were exceptional, we were entitled, and we were ready to take the responsibility, whether it was given to us or not, inm setting the world aright –which meant more in line with the American way.

But along with that comes the paranoia, the belief that somebody always wants to take you down because you are Numero Uno.   There is always a “they” that wants to impose its way on you, that “hates your freedom,” that does not share your faith or values, that threatens your economic system and your way of life. Listening to Mr. Obama leaves little doubt that to a deleterious degree he has bought into this narrative. And yet he doesn’t get that it is unworkable unsustainable, and in its way paradoxically “un-American.”   While he asserted that “we have good international relations” with many countries, most countries do not want to be bullied or dominated by the United States. Although Mr. Obama has pledged a total withdrawal of American forces from Afghanistan in 2016, in this interview he all but admitted that that might not be a possibility. Is the president in a stupid contest with his wannabe replacement, Dr. Ben Carson? Does he not understand the simple reality that the Afghan Taliban have nowhere else to go, and they are not going anywhere unless you find every damn one of them and put them into the ground, Something that ten years of American forces and American trained Afghan forces in Afghanistan have not been able to succeed at. The lesson is simple, when we leave they will still be there.

In fact, the one thing Americans might be number what one at is just plain being stupid. We didn’t learn anything from the ten year adventure in Vietnam; that the Vietnamese were not going anywhere because they had no place else to go, they were home, and prepared to fight us to the last man. And in the Middle East, what happened to the good old “domino theory” that was used to justify the Vietnam war”? Even if we took over Iraq, or Afghanistan, or Syria, what would be the result? The threat would just move to the next nation, the cost would be so onerous and destructive to our domestic and foreign interests as to be a Pyrrhic Victory. We have no real friends in that region of the world, and I include in that statement the Israelis government.

Some, the current conflict is fundamentally a “religious war.”   Perhaps in one sense it is, but it may be necessary to broaden what we mean by religion. Most interpretations of the Quran find no arguments in it for terrorism the murder of innocents. But in Islam we should not ignore a deep vein of intolerance toward unbelievers, especially unbelievers who are perceived to be a threat to the faith of The Prophet. Several passages in the Koran urge mercy toward others, tolerance, and respect for life. But other passages are violent. ”And when the sacred months are passed, kill those who join other gods with God wherever ye shall find them; and seize them, besiege them, and lay wait for them with every kind of ambush.” And this: ”Believers! Wage war against such of the infidels as are your neighbors, and let them find you rigorous.”   But there are plenty of comparable passages in the Bible. Even so, if you merely secularize these passages, you have the blueprint of American foreign policy; just substitute “American interests” for God. To elevate ourselves as the “chosen people, is to arrogate all of the resources and territories of the world to ourselves. “Number 1” is the highest and most self-destructive form of pride, and “it goeth before a fall.”