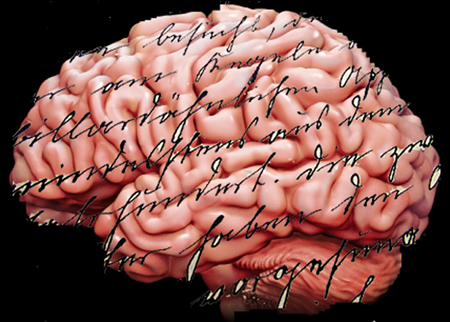 Years ago, when In worked as a writer with film director Denis Sanders we had a modus operandi wherein I would sit across a table from him and lecture out everything I knew and had researched on a subject. Denis would listen patiently, smoking and drinking coffee and, interrupting every so often with the words, “What am I seeing, what am I seeing?” I would realize that Denis was a visual person, he saw things as movies; so he was pushing me to stress the visual descriptives, to make pictures form as I was speaking. Eventually, as this would have to be exposed in a treatment and formed into a script. Writing what is to be seen is a different form of writing than the academic writing I was accustomed to, which is writing to be logical and persuasive. (Later, when I wrote and produced programs for Public Radio, I learned that writing to be heard, is yet another form of writing.)

Related to writing is something else I picked up from Denis. He tended to be deconstructive with movies; that is, when he watched a shot he was always conscious of how that shot was achieved. Not only that, he was also aware of how long it would take to set it up, camera placement, how it needed to be framed to be edited into the narrative sequence, even how much it would cost. He understood movie-making from the inside out. He made me very conscious of what goes into a movie shot and how movie-makers employ what Denis called the “grammar and syntax” of cinema.

It also made me more conscious of the writer’s choices in “establishing shots” and “camera angles” and the way scenes are set up in the process of writing—sort of reversing the visual process back to the verbal. What kind of space and atmosphere is being created; how is “time” being managed (slowed down, speeded up, compressed with cuts). A dream sequence in a movie might employ distorting focus, or even using a different film stock, but in writing such a sequence how do you produce similar effects in the mind of the reader? When I read other writers now I tend to try to deconstruct, wondering how they made choices with the “tools” of literary expression. Writing is a craft and it needs to be flexed. Approaching it through other media of narrative expression can sometimes open up a whole new creative POV.

There are a few other aids to become “write-brained” that I have picked up along the way. For example, I like to read about what little tricks and gimmicks other writers employ to write better or more expeditiously. Many years ago, somewhere in the three volume autobiography I read of Bertrand Russell, I retained one little passage where he said that when he was working on thePrincipia Mathematica, I think in the library at Cambridge or Oxford (it had to be one or the other), when he was finished writing in an evening he would make sure that he stopped in the middle of a sentence the completion of which he already had in mind. This would allow him, when he returned to the project following day, to unscrew his pen and start writing immediately as though he had never missed a beat. It was a simple, but clever, little trick he played on himself to, as it were, “hit the ground running.” I try to imitate that, but frequently forget (maybe because I’m afraid I won’t remember how to finish that sentence). By the way, the opposite practice, and one that can deter you from unscrewing that pen (or booting your computer) is to leave your writing at a point where you are “blocked” or in a muddle.

In a  previous posting on this subject I mentioned that I have been asked a couple of times “how long did it take you to write that book?” I imagine that most writers know that there is no easy answer to that question. I suppose that the actual writing could be parsed out in terms of number of words per day and the number of months or years to produce the manuscript. Richard Mason, the author of The World of Suzie Wong, wrote that, if you can discipline yourself to write one thousand words per day, you can have a ninety-thousand word manuscript in three months, the equivalent of 300 page book. Some writers also maintain a strict daily discipline in their writing. One has written that he rises before six AM and writes to about noon, staying at the desk whether he is producing anything, or not; then spending the rest of the day reading and in other pursuits. This is the routine I try to follow (if only I had more self-discipline to fight off my weakness to find any excuse to flee from a difficult passage). In the afternoons I usually go to the café to read, make notes and engage in conversation, reserving evening for (non research) reading or movie watching and correspondence.

But, of course, the content has to come from somewhere. In most cases a more apt answer to the question “how long did it take you to write that book?” would be “all my life.” Writing is heavily dependent upon memory; even that which is imagined has to be grounded in reality.

If I had to credit one single habit for my own productivity in writing it would be that I am an inveterate “journalist,” in the personal, not professional, connotation of that term (although I have done some print and broadcast journalism). I have come to the point where I feel almost naked if I do not have immediately to hand a writing instrument and a notebook, almost like these days when drivers feel vulnerable if they do not have their seatbelt securely fastened around them. It is a form of mnemonic security for someone like me who lives in terror of having observed something interesting, or having an apercu, and possibly forgetting it. I keep a notebook on my nightstand and, obsessively, even used to keep a big grease pencil in the shower to make a note on the tile if necessary. For a time I kept a small tape recorder handy, but now digital cameras and smartphones are capable of making audio notes. Photography of course is a great assist, particularly if you are aware at the time of what aspect of an image you want to retain in some detail so that you do not have to entirely trust to memory to the color, texture, or other descriptives you might want to retain. I learned that cameras (especially digital) are useful in making “visual notes”) as much as taking an artistic shot.

As with many things, freshness is important; a note made in the middle of the night may not seem all that clever or brilliant in the morning, but it is better than trying to recollect even the subject of what you thought was clever or brilliant in the night but neglected to make note of. One thing is useful to do, but I often forget, is to date the notation (sometimes even the time of day can be significant information). As a result I have shelves of notebooks…and sometimes it is illuminating, or embarrassing, to rummage through them for inspiration.

Another useful device where it is appropriate is to acquire some physical memento or souvenir of an experience, even as lowly as a napkin with the name of a restaurant or hotel on it, or a page torn from an in-flight magazine. I send myself postcards from abroad saying “Hey, Jim, wish you were here . . . hey, wait, you are here!” (OK, I guess you have to have been there.) Anyway, I always prefer (to email), and save, postcards people send to me.

Another habit is taking down snippets of conversation that I overhear, maybe with a short description of the speaker. Sometimes I will try to compose, as might someone who knows how to draw well (In don’t), a verbal “sketch” of a stranger I am observing who has an interesting characteristic, manner of speaking, appearance or posture—something I might like to use later on to give a character some personality or reality.

But no amount of gimmicks, technique or habits will result in writing unless there is a compelling need to write. I am not referring to a lot of writing that is memos, reports and such, but to subjects through which we engage life and through which we want to express in our own way something about, processed through our own emotions, hopes, fears, values, and experiences. Writing about memos is very different than writing memos. It can be fiction or nonfiction, poetry, stage or screenplays, lyrics, memoir or travelogue, comedy or tragedy, so long as it is uniquely yours, that arrangement of words signifying thoughts at a particular time that is a record of what is uniquely individual human consciousness.

Many, of course, never have the opportunity, encouragement, even the literacy, to write. Others see no need, or ambition, or have come to the point where a 140-character “tweet,” a T-shirt that says something like “I’m With Stupid,” or a very exposed deathhead tattoo is a sufficient outpouring of thought (although there might be little behind such Potemkin facades of expression than affect and style). This is not to elevate the writer above those who cannot or will not take up the pen but, as with any mode of self-expression, writing requires a degree of willingness to be vulnerable because one can quickly be exposed as a cipher of dogma, ideology, mimesis, or fashion.

There are few things humans can leave behind that are immutable, that have, in a sense, their own “immortality.” Our money will be inherited or ripped off, our property acquired by others, even the laws and social changes we bring about can be undone or altered, but art has a transcendence of authorship. Few people, if any, know (or care) how much money Michelangelo made, how big Shakespeare’s house was, or whether Mozart had a Rolex, but these luminaries enjoy the only form of “resurrection” possible when we see, read, or hear their works. That might be why our ancient ancestors scratched crude “signatures” where they could, and sprayed pigments to make permanent handprints on stone walls. They were beginning to develop their “write brains,” and the impulse to announce to the future that “I was here.”
___________________________________
© 2014, James A. Clapp (UrbisMedia Ltd. Pub. 4.5.2014)