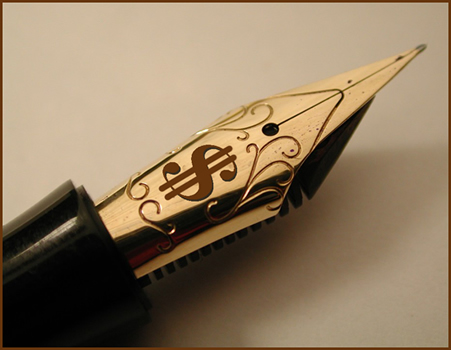 Recently, when the accountant who prepares my tax returns remarked that I don’t really seem to be making a lot of money with royalties from my books I didn’t really at the moment have a good answer. For years I have been taking deductions for a lot of the computers, cameras and travel that are associated with my research and writing of my books but, he remarked, the IRS might wonder whether my writing is really a “full-time, income earning occupation, or a ‘hobby’.” Perhaps this is also because I am a pensioner. It wasn’t the prospect of spending my sunset years getting my epidermis tattooed in a federal prison for tax evasion that kind of stuck in my craw –– it was that word, “hobby.” Other than a daily stint on my piano fiddling with old jazz standards to keep that dimension of my mnemonic abilities reasonably intact, I don’t have a hobby, or anything I regard as a hobby. I don’t glue together model airplanes, or restore Harley Davidson motorcycles, or scour the Internet to complete a collection of Playboy magazines, or other things that I would regard as a hobby. I don’t consider my writing to be a “pastime.” People who read my scribblings might regard it as a complete waste of time, but I console myself with the fantasy that they won’t live long enough to someday see signed copies of my books auctioned at Sotheby’s for Gutenberg Bible like sums (take that you Philistines).

I don’t regard writing as simply a means for earning revenue (which is still a good thing), but as an existential armature to my life, as a modus scribendi, a way of writing, or a life of writing. I see writing, which is a form of (documented) speech, as almost essential to becoming more fully human, or at least an attempt to be so. Before there was writing there were two ways of recording or holding on to experience, drawing and singing. I’ve never been particularly good at either. We humans drew things to record them, animals on walls, decorations and implements, scratches on stones. We sang our stories of our traditions so that the next generations might remember by association with the melodies in which they were embedded. But there were limitations to both; drawings required some level of interpretation, songs could be forgotten or changed in the remembering. When writing came along “scribes” became very important persons in a community because they could hold the record of things in their cuneiform-inscribed clay tablets, or their hieroglyphics on papyrus; they had the record of things and, because they could write them down and read them, these writers needed to be accorded a certain level of trust and held respected office. They also became the first teachers and, while others could then learn to read and write, civilization was, if not assured, at least possible.

This makes it all sound rather noble, yet we know that writing does not always lead to the highest human purposes or, if you ever read Mein Kampf or anything by Anne Coulter, even very high levels of thought. Writing is a craft, and like any craft it can be led to high art or feces. Writers write for their own purposes, and if those purposes are not immediately evident or explicit, the reasons for engaging in this enterprise might well be misunderstood. So, my accountant’s remark becomes the instigation for this exposition, in which I confess I have thought about in bits and pieces for some time, but never quite set it down in this way. That remark caused me to think and, as we know, in the beginning it was not “the word,” but the thought.

My first ventures in writing for publication were associated with my academic appointment. We are all familiar with the phrase “publish or perish” and in the academic world writing is a necessity to assure a place in earning one’s income as a professor and having leather patches sewn on the elbows of your tweed sport coats, but not necessarily as a source of considerable royalties. There are quite successful textbooks, but most academic publication is a means to acquiring tenure, academic promotion, and other “income in-kind.” It is this last element that I think might be misunderstood when the non-writer looks at a royalty statement as against the amount of time and deductions that can often go into even a single publication.

For example, the books and articles that I wrote early in my academic career resulted in a degree of cachet, or reputation, with respect to my capacity to impart knowledge about cities and urban life. This led in a very direct way to my leadership of twenty-five educational study tours to some forty countries, which involved my full expenses being compensated, as well as, some salary. Can these be regarded as “in-kind royalties” since my publications certainly played a role in these activities?* My book, The Stranger is Me: Travels and Self-Discoveries (2007), is a direct outgrowth of these years of leading educational travel. In a sense, the research for much of it was already paid for.

When I was twice invited by the University of Paris to teach courses in my field, in which I had published books and articles, was the payment I received, not to mention the monetarily incalculable value of the experience itself, a form of royalty? The same could be said for the role of publications in the Fulbright Fellowship I received to teach at two universities in Hong Kong in the year 2000. In both cases these were opportunities that came to pass as a result of published research. In fact my recently published book, The American City in the Cinema, is a direct result (so in some sense the book has already earned substantial royalties.) My book,The City, A Dictionary of Quotable thought on Cities and Urban Life was directly responsible for two paid lectureships in China. There are other relationships between writing and remunerative opportunities I could bore you with, but I’ll close this point by noting that my written work in my field resulted in overtures for both print and broadcast journalism that actually received awards as well as compensation.

The point, I suppose, goes to that response that some author made sometime when asked “how long did it take you to write this book?” The response is, of course, “all my life.” There’s some truth in that, especially, if paradoxically, when one takes up fiction, since one cannot create (sorry, God) something from nothing. That practice leads to facility, if not virtuosity or Carnegie Hall, might apply to hobbies, but one is defined by vocation, not by what fills the interstices of one’s life. I write as much because I have to write, as because I choose to, although the distinction blurs when one has the blessing to write what is of interest, not of necessity.

So what is the worth of writing, if that is what the IRS seeks to ascertain? Were I simply an independent –– what would be called “freelance” –– writer, not only would my modus scribendinot fit that profile, and I would probably have starved to death long ago. But in fact, my writing is reciprocally involved with teaching, lecturing, and travel in a rather complex and entangled relationship: writing leads to teaching, teaching leads to writing, writing leads to travel, travel leads to more writing. Indeed, in a number of respects my academic work has proven to be directly influential not only in my writing about travel, but in my fiction endeavors as well. In that it has been so central and instrumental to the livelihood of a sufficient career it should evidence of substantial “royalties.” [But here I seem to be addressing a limited form of accountancy.]

But there is a related “economic” point to make to answer the question “why write?”** When we put our thoughts into writing, even if it is not in published print, we are creating a form of property, even if they are ideas that have been expressed before, but are now nuanced according to experience and perspective that is, phenomenologically, unique to our authorship. Be it a recounting of facts, or the creation of fiction it is new property.*** Perhaps it owes to that insidious biological process we call “aging” that I have arrived at this perspective that I will be leaving, for whatever they are worth, my copyrights to my children and grandchildren. They could even sell these rights, but I think, more importantly, they will still always have textual access to my thoughts on politics, media, cities and travel, as well a my fictional flights of imagination. I have no idea what that might be worth to them, but I like knowing it could be of some value that might not fit neatly into a depreciation schedule.

Finally, I am intrigued by the prospect that one of my books, articles or essays might be unearthed by some alien visiting our despoiled and deserted planet in a far off future and, long after the tweets have lost their hashtags, those Facebook walls have crumbled and our emails are irretrievably buried in an NSA landfill of metadata, he begins flipping through the pages, perhaps muttering to himself “Jeez, couldn’t I have found some Homer, or Melville.” Who cares, it’s a little piece of immortality, I suppose, to be read at all. In the end, I think that might be the fundamental reason we put down our thoughts in writing: something as simple a wanting to say, “Hey, I was here once, and I thought this then, and take it, or leave it, for whatever its is worth to you.”  Just don’t call it a “hobby.”

*I once calculated that the “free” air transportation, hotels, and food I received on these travels over the years had come to nearly six figures.

**I also have addressed this question directly in a series of cruise lectures I developed in “Travel Journaling.”

***Some might say “intellectual property” but I hasten to avoid any irony in regards to my literary assets.

Good story re: writing. I will share it with my Memoir Writing class…gives them somethiong to ashhot for.