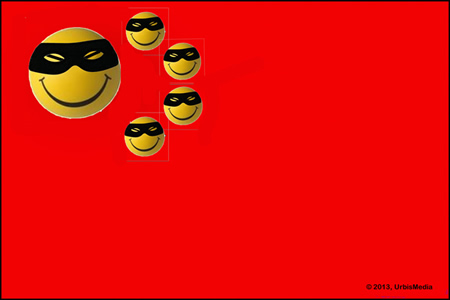 One aspect of the rationale for Donald Trump’s ramped up the trade war with the PRC is that the Chinese are deceitful thieves (see, it takes one to know one) it is time to reconsider the relationship between capitalism and larceny in  this two-part essay.

With the USA/PRC détente in 1972 came the prospects for the huge Chinese market –-a huge pent up demand from the long deprivation from all sorts of goods and services under the years of communism—for American products. America was still enjoying the economic fruits of having been almost the only industrialized nation to survive, indeed advance, during the destruction of Europe and Asia in World War II. If you wanted something new and modern you had to come to America for it. But that advantage rapidly dissipated. America’s erstwhile enemies, Germany and Japan, now deprived of the militarism that had got them into trouble, revived their economies and were rising economic powers in their own right in a couple of decades. Americans were soon purchasing BMWs and Toyotas, Nikons and Canons. The new adversary, the Soviet Union, was spending everything on its arms race with America, Southeast Asia, and Latin America were trending Marxist, so that in capitalism’s hunger for new markets a billion Chinese were very alluring; make friends, then sell them stuff.

Things didn’t quite turn out as expected forward the Americans either. But before considering that surprise, a detour into Chinese inventive and entrepreneurial history provides a useful preamble.

First, a personal note. My Chinese friends like to take credit for the invention of noodles (supposedly, in China in AD 100), but I argue that it was the Roman navy that invented dried noodles—pasta—before that time as a means for keeping weevils and other bugs away from the grains aboard their ships. Moreover, Chinese noodles are of different composition, and so are perhaps a different “species” of noodles. More important to my (obvious) prejudice in this matter is that I have no quibble with the Chinese cooking their noodles to the smushy consistency of worms, but it is a crime in Italic cuisine to cook fettuccini or penne to any consistency less than al dente. I won’t stand for it, you hear! Bu hao! bu hao!

With that off my chest, I am comfortable with the tradition that gives the Chinese credit for gunpowder (9th C AD), paper (300 BC), kites (4th C AD) and the spinning of silk (2850 BC). But there are numerous other inventions and discoveries that are less known. Some are real Chinese surprises. One is a book printed with movable type in Western China in around 1100 AD—that’s at least 300 years before Johannes Gutenberg. And the Chinese were doing print-block printing as early as 700 AD. Here are just a few significant Chinese inventions.*

Anemometer (3rd C AD, so they can measure the winds that blow dust all over Beijing. They probably invented the broom as well, but it’s not in the list.)

Chopsticks (600 AD, when Europeans were still shoveling food into their faces with their hands and feet

Escapement clocks (725 AD, sorry Switzerland, you just get credit for the “coo-coo”)

Magnetic needle compass (1088 AD, essential for getting your forbidden city properly oriented on the north-south axis)

Coal as fuel (1st C AD, and they need to find some alternatives, and fast. But let’s not forget that Texas takes credit for the barbecue.)

Fertilizers (2nd C BC. Men poop in the rice paddy to the left; women to the right.)

Diabetes, the discovery of (1st C BC, right after the first McDonald’s in Beijing sold its billionth burger)

Ephedrine (2nd C AD, contemporaneous with the first cramming for finals. Now we know why they are so good at math.)

Magic mirrors (5th C AD, the ones that give the desired answer to “who’s the fairest of them all?”  Answer:  Joan Chen)

Matches (AD 577, to light the coal to cook the noodles to eat with chopsticks; not to find the perfect mate through the first Chinese website for the lonely, qiHarmony.com)

Toilet paper (589 AD, but not available in Chinese 3-star hotels until the Beijing Olympics)

Harmonica (9th BC, Yeah, so what, but America is credited with keeping slavery around until 1865 so Black people could invent “the blues” to play on harmonicas.)

We could go on with this list but it would only upset Eurocentrics who must take some solace in the Western invention of the brazier, the monster truck, light beer, nuclear weapons, reality television, and ads for male enhancement drugs. But more seriously, there is the nagging question that Sinophile Joseph Needham asked: “Why . . . if the Chinese had been so technologically creative for so long, and if they invented so much in antiquity—why did modern science not develop in China but in Europe and the West?”**

By the 18th and 19th Centuries, Europe was developing capitalism and the industrial revolution and China appears to have been just sitting back and resting on its laurels. It was the 19th C Emperor Qianlong who famously told Britain’s Lord Macartney, “We possess all things . . . I have no use for your country’s manufactures.”*** The Chinese were not particularly hospitable at that time, so the Europeans replied, “But wait! How about some opium?” After that it was gunboat diplomacy, Opium Wars, treaty ports, foreign legations and, of course, Hong Kong—East meets West. The Chinese were now supposed to buy all that stuff, the products they didn’t even know existed, not make them!

But before that, the Chinese did their best to provide Needham with an answer to his question—Maoism. Mao had no fondness for intellectuals which, when he acquired autocratic power, resulted in what could be called the prequel to a fusion of Dumb and Dumber and War of the Worlds. From the oxymoronic “Great Leap Forward” to the destructiveness of “The Cultural Revolution” the Great Helmsman was on his way to starving or executing most of his people and un-inventing the wheel. His idea of “modern science” was to turn every household into a mini-mill that forged useful metal implements into useless globs of steel.****

Once again, things didn’t quite turn out that way we expected. (Well, anybody with knowledge of the basics of metallurgy could have told him, had they dared.)

So, how did the Chinese get out of the hole the Great Excavator dug for them to where they are building bullet trains, driving BMWs and hopping down to Hong Kong to buy designer fashions and apartments (well, some of them)? When by the late ‘70s Mao, the Cultural Revolution and the Gang of Four were out, the Little Panda, Deng Xiao Ping, could begin to employ linguistic contortions to ideological re-directions that hard-line Maoists denounced as “bourgeois liberalization.” Call it what you will, the Panda rhetorically outflanked them because the people were good and ready for something that would finally “serve the people.”

Nobody expresses it better than the Panda himself: a planned economy does not equal socialism, because planning exists in capitalism, and a market economy does not necessarily equal capitalism because the market exists in socialism. In order to make socialism superior to capitalism, we must boldly take heed of and absorb all accomplishments of every civilization achieved by the human race…[as well as] all advanced modes of operation and management techniques that have been developed by others, including those of the developed capitalist countries.”*****The Panda hath spoken: in China, if it walks like a duck, and it quacks like a duck, it’s a socialist duck (and also dinner). So, the Chinese were ideologically licensed to practice capitalism in its new silky lingnuistic clothes.

But things didn’t turn out quite as expected.

The West saw the Chinese not only as a vast market of latent demand consumers but also as a vast supply of cheap assemblers. Moreover, if the Chinese were going to buy all of those fancy new Western products they’re going to have to stop being so poor so they can afford them. So, why not put some industries over there in China. The Chinese make some of the products we intend for them to buy (like iPhones), and we capitalists can pocket the extra profit we get from paying them lower wage rates than we would pay Americans. At the same time, we can be teaching the Chinese that capitalism is an economic system that owes little allegiance to nationalism.

We know the rest of the story—the American outsourcing story. Not only is pretty much everything Americans consume made in China, but China has grown fast enough to become wealthy enough to purchase great chunks of American debt (since nobody consumes quite like Americans). And now we are in some strange, unpredicted, unanticipated, maybe un-wished for, economic dance macabre. Sixty years ago Gen. Douglas MacArthur wanted to bomb China back into the Stone Age; today America and China are too economically entangled to risk doing harm to one another.

Or, could this be yet another case of things didn’t quite turn out that way? Maybe that hiatus of modern science and mistaken impression that the Chinese “possess all things”—yeah, where is your iPhone8S, Qianlong?—might explain the next phase of evolution in Chinese economics—kleptonomics.

*from Simon Winchester, The Man Who Loved China

***Macartney apparently did not reply that China did not appear to possess the Beatles’ Hard Days Night album.

****At least this destroyed a lot of the pots and pans that he got people to bang on to frighten seed-eating birds to death, resulting in plagues of insects with no predators.