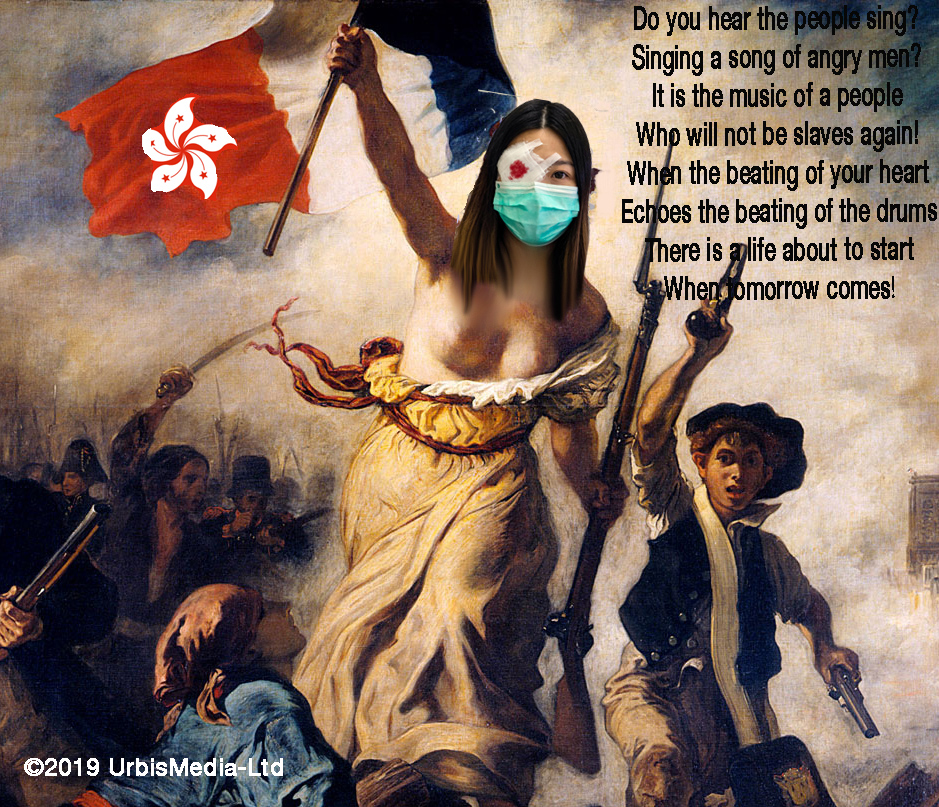 Hong Kong is like a girl in the engagement period of an arranged marriage being physically abused by a fiancé who grins back at her protests knowing that he can soon rape her with impunity.

In part one of the discussion of this subject I related, anecdotally, that the People’s Republic of China is not only one of the most ubiquitously corrupt nations on earth, that even its public officials seem to readily admit that condition. When it becomes an endemic, actually part of the very social marrow that governs relationships and transactions from getting a local permit to international trade, when one is exposed to it from the very first years of socialization, it is arguably ready to be called “cultural.”

In the case of the People’s Republic of China, as my restaurant anecdote indicated, at the public administrative level, and in particular the municipal the administrative level* much of the corrupt nature of civic affairs in Chinese cities is derivative Mao Zedong’s suspicion of intellectuals and university-trained officials and his consequent installment of untrained in uneducated minions in official positions that appears to have extended to the present day.

As we are well aware from the news, there is considerable resistance in the erstwhile British Crown colony of Hong Kong, handed over to the People’s Republic of China in 1997 and counting down to a virtual death sentence at the 2047 full-fledged reunification. No small part of that resistance is undoubtedly due to a quite different administrative history in the case of Hong Kong. The small rocky island in the South China Sea wrested from China in the opium wars of 1839 and 40, the Crown colony developed relatively free of the kind of corruption that is endemic to the People’s Republic of China. The magisterial system and law courts were relatively free of corruption, as well as the financial transaction structure such that it actually became attractive to International corporations. At the municipal level, the Crown installed and imported highly trained—and highly paid—professionals to operate a modern city with geographically limited circumstances, and pegged university salaries to the same wage schedule to supply that growth with trained professionals in both public and private sectors.  Although clearly white racial favoritism and British class obsessiveness made for a non-egalitarian East-west social structure, and that Hong Kong was not totally free of questionable transactions, on a comparative basis Hong Kong could be considered to be relatively uncorrupted.

The horizon is clear enough for Hong Kong people now to see that the end of that is in sight. Indications are already well in evidence: mainlanders coming down to launder their money through the Hong Kong real estate market and fueling inflation rates; pregnant mainland mothers clogging maternity wards in order to have offspring with the right of abode; pressures upon schools to replace English with Mandarin; the attempt to install the Article 23 loyalty provision and, most recently; the extradition bill that has provoked months of massive protest.

Let me get a little anecdotal again. In early 1997 I was living in Hong Kong on a sabbatical to study the imminent handover.  I was interviewing residents, people in finance, government officials, academics, and anybody I could strike up a conversation with on the streets. There was a wide range of opinion, but a lot of the academic discussion, as well as other opinions indirectly, dealt with the question of identity. Hong Kong was a place that for 150 years had two identities—that of the colonial overlords, and Hong Kong yan (who constitute more than 90% of the population) who, although culturally Cantonese, legally were subjects of the Crown. Some took to handover in a promising light; they were finally no longer going to be subjects of some Western Empire but were about to be reunited with a mother country with a five millennia history. Others debated that their Cantonese language was not just some minor dialect, but a version of Chinese co-equal with Putonghua. To them, their identity—an identity that I myself later recognized in my book, For Goodness Sake, A Novel of the Afterlife of Suzie Wong, in describing them as residents representing a culture I called “Cantoville”—was always there, socially vital, and worthy of its opportunity for self-expression and determination.  It was a voice we came to hear in the expression that “we are Hongkongers,” and more aggressively “we areNotChinese.”  It is an identity, that those who affirm it, do not want to see “corrupted.”

As noted in the first essay, corruption means in its etymological origins, “to break apart.” In the case of Hong Kong, in the case of its long-forced dormancy, that is precisely what the imminent handover promises to be. Somewhat muffled by the basic Law, the notion of one country to systems, a 50-year engagement to its arranged marriage, it took only a few incidents at what we might refer to as the “street-level” to demonstrate to the people of Cantoville, that they were going to be once again thrust into the secondary status of colonial subjects—and this time to be eventually numerically overwhelmed. And it took for them to have to imagine that most frightful circumstance of becoming a people with no right of self-determination, and even the right to protest the deprivation of that right, to accept the thought that they will be living in a society where there can be a knock on their door in the middle of the night, I knock that will frighten your very neighbors into silence and complacence, as you are “extradited.” Under such a corrupted culture identity will scarcely matter.

*An informative and amusing account of municipal affairs in a district of a large Chinese city in the years after the revolution is Sun Li and Yu Xiaohui, Metropolis (Panda Books, 1992)