This essay reprises the story of Jim’s bid to represent his country in the 2004 Olympics. He is now considering selling his collection of Wayne Newton albums to finance a bid to join the Chinese team at the games in Rio.

Standing on that podium, hearing the refrains of the National Anthem, Old Glory rising up in the middle – the Gold Medal position – this has long been Jim’s dream. A chance to compete, to excel, to win, to “medal,” to “bring home the gold for his country (and who knows, maybe to pick up a few endorsements, or at least some chicks), these have been the noble ambitions of a young man of modest athletic ability and high patriotism: to be A member of the American Olympic team.

But Olympiad after Olympiad Jim could only be a spectator, watching as others stole his glory as he sat glumly before his television set.

Not that Jim didn’t try to make the team. The frustrating years trying to master a “double axel” when he thought figuring skating was his sport. For years after women were asking him to do their hair. They wouldn’t even give him a tryout for the wrestling team after that. The steroids he took to be the last white guy to ever be entered in the 100-meter dash, the ruptures and hernias trying to make the weight-lifting team, that unfortunate incident with the pole that ended his pole-vaulting hopes. He was always not big enough, fast enough, strong enough, or cute enough.

The years went by, and with it the dissipation of Jim’s athletic abilities.   But his dream remained alive.   There were always new sports coming into the Olympics. Beach volleyball, baseball, they were even considering ballroom dancing. Maybe one would be included that was his sport. Or, Jim reasoned (he was still able to do this with some facility), why not pick a sport that you think you would be good at and try to get it accepted into the Olympic Games? Better yet, practice and practice that sport until you’re the best, then make your proposal.

And so Jim chose his event: Solo Synchronized Swimming.

For four arduous years he was in the pool from morning to night, perfecting his moves, holding his breath under water, sticking his leg up in the air, and of course, smiling, waving and not drowning. He even thought of growing a ponytail that he could tie up into a cute little bun. And he was good, damn good, some would say.

When the Olympic Committee laughed him out of their office Jim was crushed. He shed the tears he was saving for the award ceremony. For days, the cruel words reverberated in his brain: “Synchronized swimming is a team sport, you moron, a team sport!” He cursed himself for not checking.

As Jim saw it he had one last chance for a gold medal. If they insist on it being a team sport then he would play it their way. So Jim decided to get a cute yellow swimsuit and start working out with the American team. 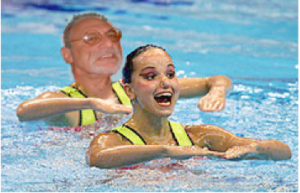 Unfortunately, Jim got a little too close in his synchronization and was asked to leave the American team tryouts.

Undaunted, Jim said the heck with the American team, he would swim with the Italians, since he was of Italian heritage. 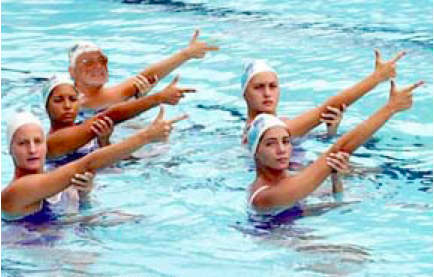 Regrettably, Jim got his Italian gestures confused and offended the Italian team coaches.

Finally, Jim felt that his chances might be good with a team that used different gestures. So Jim decided that his best chance was to infiltrate the Chinese Synchro-swimming team because he used to look Asian when he was a boy. It also occurred to him that it will be fun taking showers with them after practice. 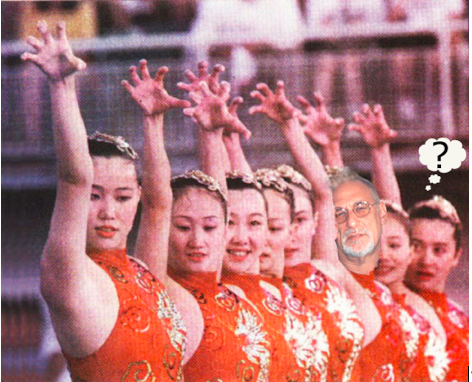 Jim likes to get some after hours tutoring from one of his teammates. 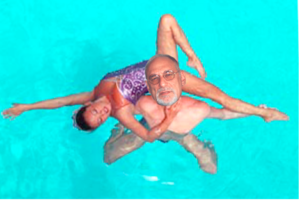 Ahhh so this is what you do with your leisure time in retirement.

There is worse trouble I could get into.

Your a very strange man Papa! 🙂

Welcome to DCJ (which assumes no liability for consequnences of hysteria).