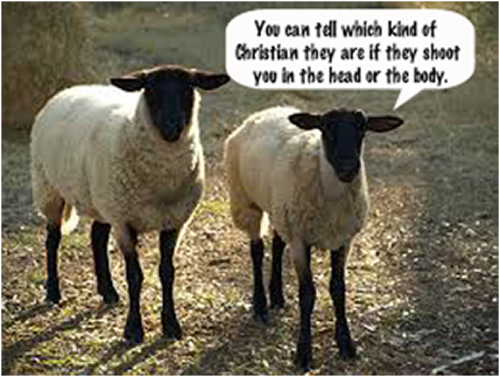 .President Obama got some great reviews for his eulogy for the Black victims of the Charleston massacre a couple of days ago. Segments went, as the saying goes these days, “viral.”  It was Obama at his rhetorical best, evoking “amens” and  “Hallelujahs” from the assembled and surrounding African-American clerics, but marred by his off-key attempt at  “Saving Grace” (definitely no channeling of Ray Charles)

I’ve never been comfortable with the President playing the God-card, ending speeches with a reflexive “ . . . and God bless America,” leaving me to wonder if he really believes in prayer or, like wearing that ubiquitous flag lapel pin, it’s just good politics.  Listening to the President’s eulogy and the temerity its response gave him to attempt “Saving Grace,” I think he might have found his true vocation: sermonizing.

It was all prompted by a sequence of events that has become as repetitive as an American mantra, as predictable as a screaming over-the top rendition of the national anthem by and American Idol contestant at a sporting event:

3. Stand up at crime scene.  Reporter (almost gleeful with the he exposure he/she is getting from this) trying to snag anybody who witnessed anything, or was in the same zip code when this all happened, so that he/she can appear to be a real journalist.

4. Initial report from Police Captain, puffed up a bit by the camera exposure if the perp is (or suspected to be) not a cop, but ready with standard shibboleths about “most cops are good, hardworking public servants,” if the shooter was a cop who gunned down some unarmed (Black) person(s). Other cops standing in background, usually the couple of Black cops on the force among them.  He’s reassuring, adding that people should remain calm and go home (not protest) but leave it to the professionals to conjure excuses for what happened.

5. TV interview with some politician with predictable Right wing (“the police have a tough job to do, but we still need more armed private citizens to protect ourselves . . .”).  Or a Left-ish pol (“we need less guns and racists and more people with smart phones with video . . .”).  Fox News convenes its idiots to spin the event into an alien invasion and Bill; O’Reilly claims he was “on the scene, risking danger to himself” when he was actually wanking to a Beyoncé video at the time.

6. Finally, and central to my theme: Victims’ family press conferences are televised, with the inevitable opportunistic local and/or fly-in (Rev. Jackson or Al Sharpton) Black pastor jumping in with some hokey prayer and doing some forgiveness shtick as though he is Jesus himself in minstrel face—this is totally unnecessary since the local grand jury, particularly if the location is not far from where a Confederate flag is flapping on a government flagpole, is going to let the perp off to reload and whistle “Dixie.

Hey, it’s America. We do this shit almost on a daily basis; like there is some sort of perverse symbiosis between the racists, gun culture, militarization of the police, the media, the pols, and religious blowhards.

I have to admit that, out of this whole sordid cast of characters (victims and their families excepted, of course) I am often vexed mostly by the “pastors” who I perceive as vultures swooping in to aggrandize themselves and spout their pious bromides in their soaring revival-tent theatricality.  The most egregious representation recently was a Black pastor from a church that wasn’t even in Charleston who—contrary to forgiving tone of several other pastors—said he had no forgiveness in his heart for the homicidal perp (on that much we agree), and that he conducts his services while carrying a concealed weapon (as the law of Man allows him to do) because (and this rankled me more than anything he had to say) God had charged him with the protection of his flock. Ohhhh, Lordy, another anointed one.

One wonders whether it is only in America that we can arrive at such a bizarre and screwy scenarios.  White Christians murdering  Black Christians and burning down their churches in the name of the same (White) God; the media providing a national “pulpit” for religious blowhards, offering gratuitous “forgiveness,” or withholding it on behalf of the “flocks” that they have arrogated in the White God’s name.  Now, pastors who putatively preach in the name of the man who said “turn the other cheek” are armed and ready to dispense 9mm divine justice. “And Glock the Father sayeth, Put one in his head, and another for good measure.”

Excuse me, but you think the Sunnis and Shiites are fucked up?  They could take a few lessons from American Christian racial factionalism. Elsewhere in these pages I have alleged that religion is a  form of sickness, a theopathological delusion through which humans have fed themselves comforting fairytales since they first had to come to grips with their own mortality. Religion is nothing if not a business founded on dealing with death and nothing brings it out more than the exploitation of tragedies like that in Charleston.  That the massacre should have occurred in the middle of a church in the middle of a religious observance has only served to tear open the scab over the national wound of America’s “original sin.” Perhaps nowhere is that more evident than in the perverted drama outlined above.

In the end it might be more significant that it was a White woman governor making a secular, political pronouncement, that called for the removal of an offensive emblem of division and racism, and not the preachy eulogy of the President, that gives this tragedy it’s appropriate context.  Wrong is wrong; you don’t forgive and pray over wrong, you set it aright.