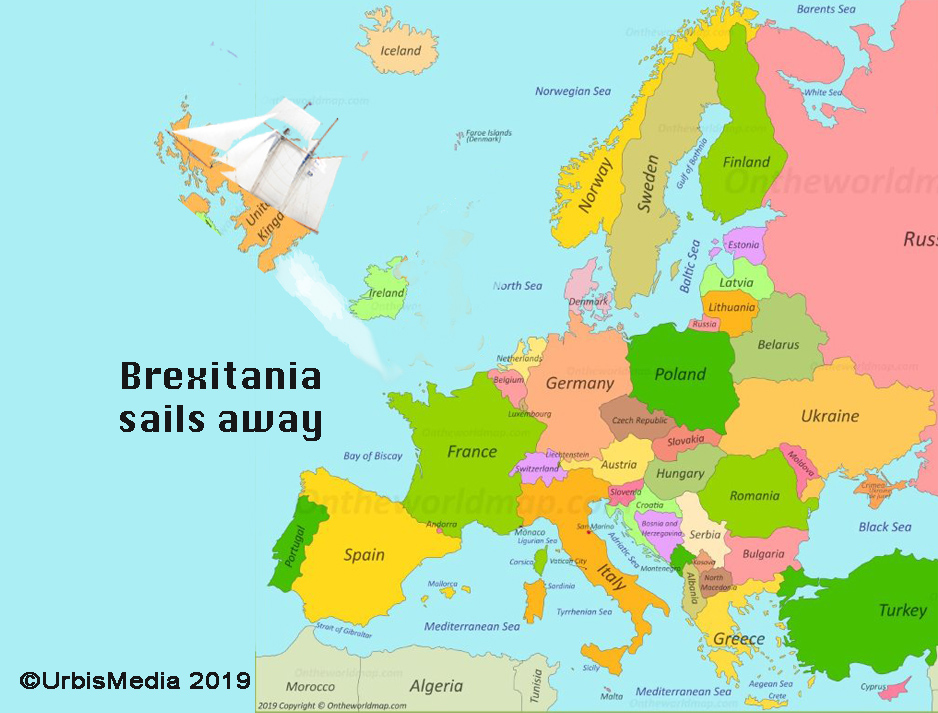 As the scarcely United Kingdom withers down to even less that its original geographic margins, snuggling itself into those cozy country villages of White folk within obeisant distance of some fucking Downton Abbey full of self-indulgent blue-bloods (White, of course), the world should happily witness emergence of the dark night of the empire on which “the sun never set” without some pompous asshole having his tea. It’s a bit of a long sentence, but it was an empire that lasted too long.

The Brexitians are not without some redemptive qualities and incidents. Most all of their royalty and aristocracy from the get-go have been inbred idiots and scum whose favorite pastime was attending beheadings, fox hunts, and porking the upstairs maid. But scattered among the classes they have produced a fair number of notables in the arts, sciences and technology. They deserve some credit for holding off those Krauts in World War I and World War II, while the Americans characteristically dithered.  One can only imagine what the world would be like if the Krauts managed to get their empire established.  Well, wait a minute: the British royal family is basically a bunch of Krauts that adopted some Anglo monikers for cover.

The notion that Britain’s greatest gift to its colonies—the English language—compensates for its “subjects” having to endure its insufferable social class snobbishness and barely-concealed racism doesn’t hold. They mainly promoted their language to people they referred to as “wogs” and “fuzzy-wuzzies” so that they could understand commands and would make better servants, not so that they could have social interchange as equals. Their empire did help English become the lingua franca of the world, but probably would’ve not done so as thoroughly without the influence of American English. Great, so most of the world can understand your Masterpiece Theater without subtitles so that the ruling classes have a counterpoint to the truthiness of the tabloids.

The British were not that much different than most of history’s empire-builders, that is, societies with superior military technology and organization, which confer god-given rights and social entitlement applied to domination, enslavement and theft, blessed by good timing.  Show me an empire, from that of Gilgamesh to the good old US of A, that is not fundamentally a system of theft, and enforced by religiously-sanctioned warfare, international finance and/or militarism. Go ahead, show me one. Right, not a single one, every fucking one of them was out to steal something from you and kill you if necessary. They have all left something behind that historians like to prefix with the word “civilization,” but the Babylonians, Egyptians, Greeks, Persians, Mongols, Romans, Ottomans, and of course the British, now followed by the Americans with their 800 military bases around the globe and a naval flotilla that makes “Britannia rules the waves” look like a bunch of rubber duckies in the bathtub. But if you were the one being “civilized” you will know the difference.

The British are even worse at bailing out of their empire when there was not much left to steal, or it became too militarily expensive to maintain. You didn’t invite them in and they don’t feel obliged to ask permission to leave you, often in the lurch. They left India, their “jewel in the crown,” on the ticket of the midnight.  That’s my hat and coat there—no, no, the ones with the jewels—ta-ta, cheerio, must be off.”

With characteristic audacity, Margaret Thatcher’s government decided to dump Hong Kong with hardly a fare-thee-well to the people they have ruled that subjects for a century and a half. With typical superiority, Chris Patten, the last governor of Hong Kong, encouraged those whom he was leaving to a disastrous and unworkable temporary “one country two systems” arrangement to pursue a democracy his ruling empire never would have countenanced. We can see the results of that in the streets of Victoria in Kowloon today.

So, I take a certain amount of satisfaction in seeing the British Empire wither and die. I expect that it will take no responsibility for the larceny of its colonial hegemony.  The sun is setting them, and good riddance, even though they have left a mess behind.  But it is not the end of Empires. The US and China will eagerly gather up pieces they find useful in preparation for what made might be that final confrontation between social systems that combine authoritarianism and military might. But if there is anyone left to do it, the story of mankind’s empires will probably be written in English.