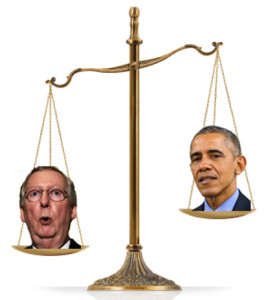 There is a reason that there are so many lawyer jokes, several equating them to sharks or other rapacious critters; that lawyers figure way down in admired professions and; that so many politicians are lawyers.   Usually, if you have to be involved with the lawyer, it’s not a good time in your life. Also—if you are a lawyer and are not already pissed off at me, I maintain that a person doesn’t have to be very bright to become a lawyer.1 A good memory helps (you know that if you have ever taken a law school course), but a need to win at any cost really helps.2 The law is built around a form of reasoning that called eristic reasoning; it is concerned with dispute, argumentation that leads to winning. Despite all that bullshit about stating “the truth and nothing but the truth” the law is not concerned with the absolute truth, but with passes for the truth, even if it is falsehood, that will lead to winning a dispute. You’ve seen enough courtroom dramas to have already discovered this.

Let’s start at the top. The SCOTUS is looked jupon as the Olympus of jurisprudence. So what’s the big deal with the Constitution. I have a copy of it, and it’s pretty small. The Supreme Court basically has one small document to deal with. And the amazing thing is how they are unable to get it right. Have you ever read the Second Amendment? Yes, that’s the one that deals with the right to bear arms.   That’s right, the primary clause of that amendment is “ A well regulated militia being necessary to the security of the state…”. See what I mean; even the late porcine Antonin Scalia would not deviate from his conservative so-called “objectivist” bullshit to call it what it really is. If I’m losing you here what I mean to say is that we are fed all this crap about what “brilliant jurists” these people are when they are so often little more than black-robed shills for political ideologies.   This especially applies to the five (now four) right wing douchebags on the court.

Currently before the court is a case from Texas,3 a banana republic that misrepresents itself as a state in the union, and which has in the fervor of its lawmakers passed a law which requires that doctors who perform abortions must have admitting rights to regular hospitals. The putative rationale of that law is the safety of the patient, based on the idea that procedures carried out in hospitals rather than clinics would be safer. There is no statistical, or medical information to support this assertion, but that does not matter when the real underlying purpose of the law is to eliminate clinics that offer abortion services. The result is that, in the elimination of many abortion clinics as a result of this legislation, it is more difficult for women to access places to have the procedure performed, and thereby increases, Especially for poor women, the possibilities for backstreet dangerous backstreet abortions, which result in more injury and sometimes death. So we really know what the law is about, and it is not the safety of pregnant women, but about increasing the antiabortion credentials of Texas legislators.

Will such facts and logic make any difference in the outcome of this decision on the United States Supreme Court? For some of the Court, likely the reasonable four members, they will. But the Court is not really about reason any more, if it ever was. It’s not even about constitutionally confirming good laws and rejecting bad laws, such as this misogynistic Texas law. It’s about an ideological position winning or losing; it’s another dimension of politics.

There is a lot of mythology that is built up around the Supreme Court. One is that everybody on the Court should be a graduate of the Harvard Law School. Even our current president is a graduate of the Harvard Law School (Yale, too, but it has to be the old boys network), which leads to the second myth about the law and that is that those who hold degrees in law are necessarily people who abide by the law. President Obama, reputed to be a specialist in constitutional law, is responsible for holding people in prison for years without indictment, and for extrajudicial killings via drones in foreign countries. He is no friend to notions of privacy of American citizens having authorized questionable forms of surveillance, and it appears he has taken the side of the FBI in the current Fight between the bureau and Apple over the matter of the creation of a backdoor access to the iPhone. Myth three is that we Americans like to regard ourselves as a civilized nation because we are a “society of laws.” It’s just another part of the mythology; it is one thing to have laws, but first they have to be good laws, and second even if they are good laws they have to be respected and obeyed. As a society we failed too much and too often on that account. Having a constitution, and laws, does not necessarily guarantee justice.

President Obama recently announced the nomination judge Merrick Gardner to replace the recently deceased Antonin Scalia who held the primo stronzo seat on the Supreme Court. This may come to nothing, as Senate majority leader Mitch McConnell, (yes, he’s a lawyer) has vowed to not even speak to anyone that the president nominates for that position. Mr. Garland is already being touted by those who approve of his nomination as being another “brilliant jurist,” but the main reason he is being nominated is that he is a political appointee who “plays well with others” and therefore will be difficult for those who mourn the passing4 of Antonin Scalia to denigrate.

So let’s stop kidding ourselves that the Supreme Court of United States of America is just one more branch of government that has become corrupted.

And let’s also get over this idea that lawyers and judges are “brilliant.” The good ones are clever and smart, at getting their way, there are clients well served, or their ideological positions enshrined in law. But they are tricksters with the truth, Who engage in a rhetorical legerdemain of eristic reasoning that is ultimately only concerned with winning, not with what is right, just, or the truth. There, have I pissed off enough of you brilliant lawyers? So sue me.

The law is an ass5; I guess that makes some lawyers assholes.

Well now that we are talking about lawyers….