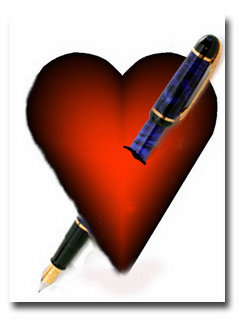 From Ovid and Sappho to Miller and Jong, writers have written boldly about love. But in this imaginary survey of genre writers this ‘thing called love’ proves to be as perplexing for them as for the rest of us.

What is this thing called love?

“Voi che sapete, che cosa e amor?” asks Cherubino in Mozart’s Marriage of Figaro. “Tell me, you who know, what is this thing, love?”

Two-hundred years later a great American composer, Cole Porter, was asking the same question. Yet the answer remains, if anything, more elusive than ever. Cherubino might decide to forget the matter altogether in the age of “Sex and the City, “tough love,” “civil unions,” “significant others,” and “co-dependency.” Just about any answer carries all the assurances of a badly-drafted prenuptial agreement. Moreover, the sexual revolution has equated “making love” with “doing it,” a reductio ad libidinum that has set love’s manifold meanings floating rudderless in an ether of ambiguity.

Writers ought to know something about “love.” No other subject—not death, war, or money—comes even close to rivaling it (not just it) in literature. Authors thrive in the connotative latitudes of this pesky, but indispensable, little noun. Nearly every writer has had a go at “love” (and/or it) in one manifestation or another: motherly, brotherly, friendly, courtly, narcissistic, homophilic, platonic, sadistic, masochistic, egoistic, theistic, even macrocosmic if you will accept Dante’s “love that moves the sun and the other stars”. Homer, Sappho, Ovid, the Brontes, Shakespeare, Castiglione, and Judith Krantz, among legions of others have written about love, though with more titillation than clarification.

Could any two of them agree on what it means? To Shakespeare “love is blind”; to Spenser it is “the lesson which the Lord us taught”; Swinburne’s “love is sweet for a day”; to Samuel Johnson it is “the wisdom of the fool and the folly of the wise”; for Mencken it “is a state of perpetual anesthesia”. And we shouldn’t slight Eric Segal’s uncontrite anthem for relationships in the New Age: “Love is not having to say you’re sorry.”

Philosophers are definitely to be avoided on the subject. Here is Ortega y Gasset’s definition from his little volume, On Love: “a centrifugal act of the soul in constant flux that goes toward the object and envelops it in warm corroboration, uniting us with it, and positively reaffirming its being.” What shameless smut!

But while we know much of what many literary luminaries thought about love through their characters, we know far less of their personal love lives, what “love means to writer’s themselves, by way of their own amorous experiences. I decided the best way to find out how writers personally feel about love was to ask some directly. The following recounts a survey I conducted by telephone under the guise of an interviewer named “Mr. Cherubino” who was researching an article on “The Writers’ Ways of Love”. I left the definition and interpretation of the L-word to them.

Serena Palp just finished her 34th gothic romance, The Princess of Pendragon. I put the question to her on her car phone as she was on her way to her fitness club in Orange County. She was in a narrative mood.

Palp: “Well, if you must know, there’s this old castle up in Big Sur I bought with my royalties. Once a month Jarred—that’s my husband—and I go up there. After a candlelight dinner I put on a low-cut negligee and walk out by the cliff overlooking the ocean. Meanwhile Jarred turns off all the lights in the castle except in the top floor bedroom, which casts a beam of light on me out by the cliff. The wind from the sea presses the satin negligee against the curves of my breasts and thighs and blows my long blond hair horizontal, you know, like the hood ornament on my Rolls Royce. A desire synchronous with the pounding surf below wells up in me. I stare out to sea, and then Jarred is behind me, folding me in his powerful tree-surgeon’s arms. . . [she paused to take several deep breaths here] and then [more breaths]. . .his hands make their way. . .”

Serena phoned back later to tell me that the man in the Photo kiosk she demolished had was in ‘satisfactory condition’.

Next I phoned Marshall Beebee, the entomologist whose The Passionate Garden spent eighty-four weeks on the bestseller list. The popularizer of insect intimacies was in South America researching his forthcoming Seraglios of the Fire Ants, so I put the question to Mrs. Beebee.

Mrs. Beebee: “You know, our marriage was in real trouble a few years back when Marshall was writing the chapter on arachnids. He just wouldn’t come near me for months. I thought he just didn’t love me anymore. Marshall is a diminutive man, you know, much smaller than me. I think that’s why he loves insects, because he’s bigger than they are. I tried everything, even dieting, to get him interested in me again. I was just about to see a marriage counselor when Marshall started his chapter on termites. Well I must tell you that it’s been pure bliss ever since. Now he calls me “Queenie” and I call him “my little creepy-crawley.” Oh dear, I’ve been far too candid with you. Please don’t print any of this.”

I dialed the number given me by Philip Necro’s agent. As usual the master of the macabre was holed-up in his cabin in the Maine woods turning out what would likely be his fourth best-selling bloodcurdler of the year. I apologized for interrupting him.

Necro: “Are you kidding? I glad to hear another human voice. I’ve been up her for six weeks with every kind of demon and evil force running through my mind and I bored stiff with this silly, make-believe stuff.

Ya wanna know why I’m up here writing? I’ll tell ya why: I can’t get a date, that’s why! Ever since my first book, The Wooby, my love life has been a disaster. Women are terrified of me. I make millions on my books, but I can’t buy a relationship. If I reach for a pair of scissors they lock themselves in the bathroom. If I kiss them on the neck they try to drive a wooden stake through my heart. I don’t shave just one day and they scream “WEREWOLF!” I can’t get them into my bed because they think it has a lid on it. So I’ve got a wild imagination, that doesn’t mean that I’m . . . hey! did you hear that? . . .No?. . Yah, that! Like a thump, or somethin’. Hear it?. . . There it is again!. There’s something out there, just outside the door. . . . Oh God! No!. . .Please! No! PLEASE! . . . AAAAAaaaaaargh!”

C’mon Phil, all you had to do is say there was somebody on call waiting.

I reached Elena Churley-Green, Editor-Publisher of Moi at the La Costa resort in Southern California, where she was taking her weekly Italian lava mud bath.

Churley-Green: “Obviously you’re not a Moi subscriber, honey, or you would have read last month’s special issue on “From Co-Dependency to No Dependency”. My piece, “I’m Not Your Nurse and Not Your Purse,” says it all. Read it, honey. Oh, you might also pick up a few tips from Gloria Excelsious’ article, “Sharing: Why Take Half When You Can Have It All.” But, since you’re a guy, you should enjoy the interview we did with Garth LeMain about his forthcoming movie, “Onan the Vulgarian”. Oh, honey, gotta run, I’d need to spend a little quality time alone with Number One, Moi. Kissy-kissy.”

“He’s over in the corner mixing metaphors and vodka-tonics,” said the bartender of the sixth gin mill at which I tried to reach Seamus McClosky, the acknowledged poet laureate of the “Keats was a wimp” school of poetry. “You aren’t a lawyer, are you? He

hates lawyers, he just beat the beejezus outta two of ’em tryin’ to serve him with another paternity suit.”

McClosky wasn’t finished. “And ya got the French guy with the schnoz, Cyranose, blathering verse about moonbeams and flowers. If that stuff is about love, then I’m the Alcoholics Anonymous poster boy. I’ll tell ya what love is: love is what ya get when ya put together a bottle of Irish whiskey, a hooker that don’t give you a sob story, and a horse that comes in on yer last two bucks. Hey, that’s not bad! Thanks, Beeno, I owe ya a drink. Think I’ll try to cram that into iambic pentameter for my reading at the Junior League.”

Well if I wasn’t convinced that writers have made little progress in clarifying love (and it) for us I was convinced that they are little different from their readers when it comes to the practice of love (or it). My little survey probably confirmed the bumper sticker I spied on the freeway the other day: “Writers Do It, Literally.”

What is this thing called love?

I believe that Benny Hill had an answer, alas humor and love go just so far.