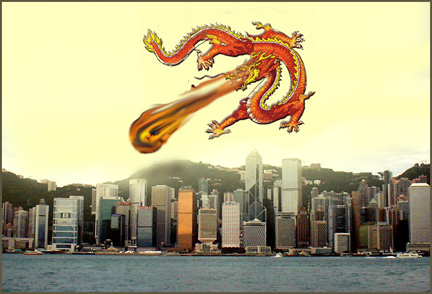 Lately I seem to be annoyed by the drumbeat of inane corporate slogans that these days seemed to be added to every commercial announcement or ad. This morning, on KPBS radio it was Love is what makes a Subaru a Subaru. Now wait a minute; just what the hell does that mean? That it has reclining seats for a little jig-jig in the parking lot? And what does Subaru mean anyway?

Actually that slogan was on (what is supposed to be) my local PBS radio station, which now appends every announcement of KPBS-FM, with Where News Matters. Really. You’re a “news and information station” for chrissake, what would matter, your announcers have clean underwear? A few years ago their slogan was Minds that Move the World. Right, and programming that moves your bowels. On their pledge breaks we get Andrea Boccelli, The Three Tenors, River Dance, Yani, and –if you haven’t puked yet—Andre Rieu, that hirsute fiddler from somewhere in the Low Countries. These are their favorite smarmy pledge drive programs. But they could change their slogan to Moneygrubbers that Will Appropriate your Car, since every few minutes they try to get you to, donate your car (so that they can buy more John Tesch programs).

To complete this trifecta Leadership Starts Here is the boastful and probably fallacious mantra of San Diego State University where, when I taught there I don’t recall it having any corporate slogan—but then the “public” university hadn’t quite whored itself out to the capitalistic model. The only thing Leadership Starts Here says about SDSU is that it has been led astray. I expect the next iteration will be something like Making America Great Again.

The following was published in 2006 when my casual interest in corporate sloganeering was initiated a few years ago as I was riding on the light rail system in Hong Kong’s New Territories. I was sitting in front of a bulkhead with a glass frame for advertising posters. The poster in front of me was mostly in Chinese, but the pictures were obviously promoting some hearing aid company. But it was the company’s slogan (in English) that caught my attention: Enhancing Hearing Impairment into the 21st Century.

They probably paid some marketing consulting company good money to come up with that sententious and ambiguous pile of dung, whose own slogan is probably Screwing Companies With Crappy Slogans into the Next Millenium. If you’re not quite deaf we will “enhance” your impairment until you are.

But it made me realize that DRAGON CITY JOURNAL does not have a corporate epigram, and maybe it needs one. So I conducted a survey of corporate epigrams to see if there is any inspiration in them. Here are a few that caught my attention.

An Army of One. U.S. Army. at the rate at which our vets are committing suicide we are getting close to that number. Now the Army is using video games to recruit kids, since that is their target cohort. Gives a whole new meaning to “game over” when they drape a flag on your casket.

The Proud, the Few, The Marines. U.S. Marine Corps. Problem is that it is a few marines who have been acting like death squads in Iraq that have not made the rest very proud of late.

Texas has the slogan It’s Like A Whole Other Country. Yeah, like a freakin’ a banana republic. How about “A Day Without an Execution is a Day With Just Football.”

Sprint has the slogan It All Makes Sense. Have you read your telephone bill lately? There are taxes in there for using your “anytime minutes” during the lunar new year but before the vernal equinox, and fees for detergent for washing satellite dishes among the other four pages of extra charges.

Somebody came up with Tourism, Culture & Nature, as a motto for Sicily, missing the chance to substitute “Sicily, An Offer You Can’t Refuse.”

Ireland at least came up the Awaken To A Different World. The problem is that different world usually has wicked hangover.

Toyota came up with the highly suggestive “I love what you do for me” for their cars. Apparently GPS on their cars means refers to something different than getting directions. That was in 1997; their latest is “Get the feeling.” Next thing you know they’ll be changing the name of the Camry to the Yoshiwara.

Managing Money For People With Other Things To Think About is the motto of the investment company TIAA CREF. First of all, what the hell does TIAA CREF mean, and second, the way American companies behave these days maybe you should spend some time thinking about what your money is doing in some bank in the Cayman Islands.

Defy Obstacles. Air Canada (1998) Now there’s a good idea for an airline. Jesus, don’t they think these things through?

Winning The Hearts Of The World. Air France. 1998 C’mon, you’re French, you can’t even make friends with the Belgians.

Don’t Let Hunger Happen To You. Snickers. OK, Snickers, why dontcha take a hundred tons of candy bars out of our school vending machines and drop them on Ethiopia instead of making fat American school kids.

Life On Land Is Dry. Red Lobster (1998). Only until they drop you in that pot; then it’s hot, painful and short.

The Nature Of What’s To Come, Archer Daniels Midland (2002). These guys had been calling themselves “Supermarket To The World” since 1997, but now are involved in the growing of what some call “Frankenfood,” in which case we aren’t quite sure of the “nature of what’s to come.” Maybe kids with antlers?

We Make Money The Old-fashioned Way. We Earn It. Smith Barney (1997). Remember this one? Oh, the irony of a company that produces nothing, but makes it profit by moving money around, say that they “earn” it. Maybe that caught up with them and, since they became Saloman Smith Barney, they now say See How We Earn It. Oh, yeah, they’re gonna open the books for you, right?

Because Later Is Sooner Than You Think. Alliance Capital (1998). Well, good, then, because sooner came sooner than I thought. I think. Never mind, I’ll think about it later. Oh my gosh, here’s later, already! Wow, Alliance doesn’t give you much time, do they?

I love this one. Helping In Ways You Never Imagined. Arthur Anderson. These guys were Enron’s accountants. Unfortunately California wasn’t able to imagine these guys were crooks. Their real motto should be “Nobody Shreds Documents Faster When the Feds are at the Door.”

Remember this one? Put A Tiger In Your Tank. Exxon (1997) After the Exxon Valdez spill maybe they should change that to put an oil-covered sea bird, or a seal, or an otter, in your tank. So there’s a little fur and feathers from your exhaust, as long as your Hummer keeps going.

Nobody Can Eat Just One. Frito-Lay Potato Chips. So we filled the bag with three chips and a lot of compressed air.

We Make The Things That Make Communications Work. Lucent Technologies. That doesn’t really communicate very well, does it? By the way, isn’t this one of the companies that Carly Fiorina ruined?

The Deal Is In The Meal. McDonalds. So is about a month’s supply of fat and cholesterol.

When You’re Comfortable, You Can Do Anything. Marriot Hotels. Are your sure? Isn’t this hotel owned by Mormons? And do you have any rooms for 12; I’d like to bring my wives. (And three are under age 14; do I get a discount?)

We Know What You Own. MegaLife Investments. And pretty soon we’ll own it.

Where Do You Want To Go Today? Microsoft. Is there an Apple Store nearby?

Because Your Period’s More Than A Pain. Midol PMS. The guy who thought this one up now sings soprano.

We’re Part Of The Cure. Pfizer. However, do not take any of our drugs if you are pregnant or nursing, have glaucoma, have diabetes, have recently been in a coma, have recently been in a Toyota Corolla, have high blood pressure, have a GPA below 3.0, have had a psychotic episode (or seen a psychotic episode of The Sopranos), have voted Republican, have jaundice, red rashes, blue veins, or mauve drapes. You may feel dizzy, drowsy, feverish, poorly, out-of-sorts, or deep regret for taking this medicine; you may experience dry mouth, hot flashes, chills, sexual excitation, a powerful desire for pepperoni pizza – and this could happen all at once – in which case you should immediately contact your physician or Pizza Hut. You should not use this medicine if you intend to operate heavy machinery, a Hummer or a Cuisinart, or nail clippers, go sky-diving, put any appendage down your garbage disposal, or try to program a VCR.

OK, I think it just came to me (must be the drugs). How’s this sound to you? : Dragon City Journal: Breathing the Fire of Knowledge on the Metropolis of the next Millenium.

OK, if you think you can do better please send in your suggestion(s) to urbmedia@mac.com