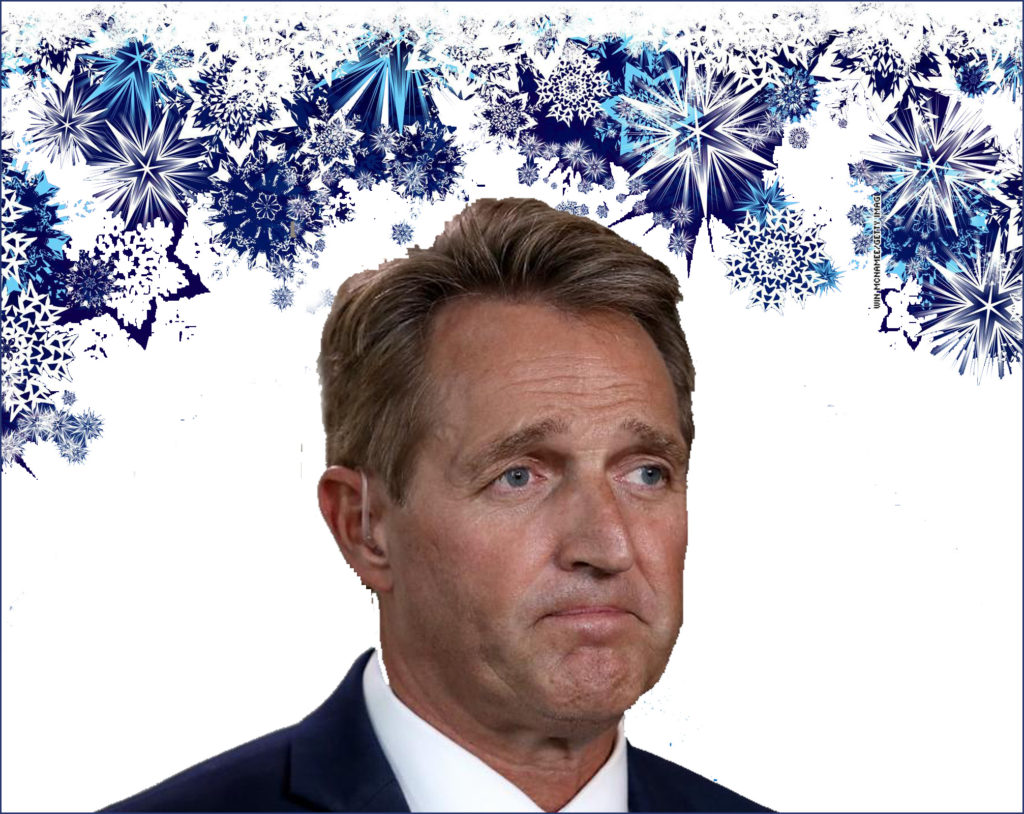 Full disclosure: like Brett Cavanaugh I am also an alumnus of a Jesuit high school, although we were not a prissy rich-boy boarding school that produced guys who sexually-assaulted women (maybe it was the 1950s). We never said, “what happens at McQuaid Jesuit High school, stays at McQuaid Jesuit high school.”  In full self-promotion, you can read about what kind of a school that was in my book, Stumbling Blocks and Stepping Stones, a Novel of Growing up Catholic,or about my views on the Society of Jesus, in my book, The Babo Gospels, Essays and Parables on Faith and Reason.There, enough with the self-promotion, this is where I could get all teary and lie about how I worked my butt off to get into Yale, but I never wanted to go to Yale, where chances where I might be invited to join a fraternity like DKE, whose motto is reputed to be that “no means yes, and yes means anal,” and my bugger-boy frat brothers might be Brett Cavanaugh or George W. Bush.  Close full disclosure.

This is about American politics; expect stupid.

We have all watched the Senate Judiciary Committee hearings and the events of last Thursday. There is no need to reiterate what transpired and the outcome that has suspended the outcome for another week.

Somehow after extracting himself from a confrontation by two women who have bigger balls than him, Jeff Flake (R-Arizona) could ever hope to have, the senator managed to grow enough of a pair to call for a proceeding the shadow of which hung in that room like a ghostly 800-pound gorilla. Why was the nation’s primary investigative institution, the Federal Bureau of investigation not called upon to examine the factual basis behind the different accounts of Dr. Ford and Judge Kavanaugh?  In a country that might be governed by other than partisan, senile, entitled white men, bent on placing one of their kind in a lifetime position of power, there might have been a chance at some arrival at the truth. These desiccated, frightened swine turds did not even nave the gonads to address Dr. Ford directly, but cowered behind a somewhat confused woman Republican prosecutor (who they subsequently insulted by dumping her mid-proceedings—these guys really know how to treat women).  But politics it’s not about the truth in this country–– maybe any country––it’s about winning and it’s about acquiring the power to keep winning.  Miss Lindsey Graham was right about one thing in her hissy-fit (c’mon folks, there’s some serious gender ambiguity goin’ on with this twerp) when he screamed that the proceedings were a ”sham.” But that’s the way the Republicans set it up.

Jeff Flake is no hero in my book. He only did what any decent man should do given what was right in front of his left turn signal proboscis. That he was the only Republican capable of even a flake of conscience, and then so belatedly and conditional,  it lookedlike a heroic act under the circumstances.  When he only called for a restricted time (apparently, if you can’t find the truth in seven days, then fuck it, just appoint the boozy sexual predator), and limited scope (what? only investigate in daylight during regular business hours?) there was the typical aroma of a Republican rigged process.  Did I say this was a stupid country?  Well, it bears repeating because . . .

The American judicial system is a fucking joke.  It essentially serves power and privilege, and Throws minorities in prison for long sentences for minor crimes.  It routinely excuses rape and violence against women, it does hardly anything to project children from the predation of priests and ministers, it callously rips apart the families of immigrants, and it exonerates law enforcement that execute innocent and unarmed minorities and punishes them with paid administrative leave. It is the system just made for the likes of self-entitled, privileged pricks like Brett Kavanaugh and the conservative Republican politicians he has been selected to serve. If you can’t figure that out from watching his shit-fit mendacious testimony on Thursday you need some serious counseling.  If you were left with any doubt that he will do Trump’s bidding on every legal matter that comes before the Court, then you need to be shocked into reality with a good” boofing,” or perhaps a ”devil’s triangle” with Brett and Squi.

What makes the person. Nature, nurture? For me it was a Jewish mother who taught me right from wrong…to the extent that I still feel guilty if I even think of doing something as innocent (?) as running to the shorter check-out line in the market to beat someone else to it. Oy….

And yet, there might be a bit of “nature” in your heritage. For consideration I offer: https://dragoncityjournal.com/posts/vol-32-4-the-de-fichey-code/ ‎

How is it that when I read fish balls it was going down….. Guy-filtefishe. ..indeed…LOL

I have had my poetic license revoked for worse.

I just boofed reading this, though I think you’re a little behind the times Dr. C. – anal has been the new oral for some time now. I continue to be convinced the Catholic Church has actually been the civil service for Pedophiles for some years now (Father, is that a crucifix under your robes or does it mean it’s time for us to go in your special Holy Room now?) I know the Pope wants us all to pray to keep the Devil away and I want to commend him for not saying “Thoughts & Prayers”, breaking a bit from the Republican Party solution for everything. Johnny Cash once said, “I know I’m going to Heaven because I’ve already been in Hell.” I’m beginning to think the same thing. “And the Home of the Brave.”

I was reminded, watching Brett ot the Biblical injunction: “Let he who is without sin cast the first stone.” Now I need a new TV.

I am an agreeable woman ….. for all you wrote dear