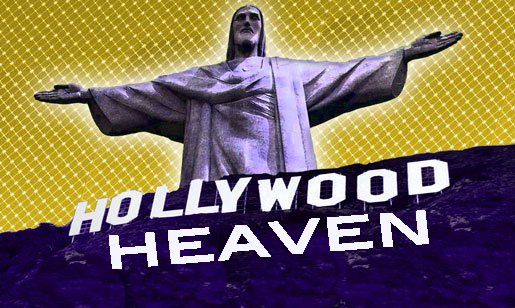 Because my father possessed an 8mm print one of my earliest and favorite films was Chaplin’s 1917 Mutual Easy Street. The short silent begins with the homeless “Little Tramp” waking up outside a shabby mission church hearing hymns being sung by a motley congregation of down-and-outers. Chaplin joins them, giving special notice to the pretty woman playing the organ and ignoring the sleazy preacher. He is caught attempting to steal the collection box, but the pretty woman and the preacher attempt to convert him. Thus, Chaplin lays the groundwork for a later “pay-off.” He goes on to join the local police force that is being beaten up by the rioting immigrants of Easy Street and led by a hulking violent thug who, Chaplin now in uniform, pursues Chaplin in and out of the slums of Easy Street. Eventually, and after an accidentally drugged Chaplin clears the local bar and subdues a creepy guy intent on sexually assaulting the kidnapped pretty organ player, the Little Tramp becomes the local hero. Much of the film is occupied with Chaplin’s hilarious encounters with the hulking thug during which some surprising social themes—violence toward women, theft, crushing population densities, hunger and over-breeding—that Chaplin navigates with innocence and occasional guile. Eventually, he prevails, the unlikely hero. In the last scene the hulking thug is walking arm in arm along the now peaceful East Street with the wife he earlier beat up along with other denizens of the neighborhood, followed by Chaplin arm in arm with the pretty girl. They are all headed to the erstwhile bar, now repurposed as a “new mission.”

As a young boy I did not get much of Chaplin’s satirizing the American penchant for turning to faith as the solution to its social ills. Chaplin was masterful at picking out the hypocrisies of American life, as he did in The Immigrant (1917), and in other films, such as Modern Times (1936). J. Edgar Hoover, didn’t miss the satire and pursued Chaplin with a vengeance, eventually running him out of the country. There was no bigger hypocrite in America than Hoover, and no greater national hypocrisy than America’s smarmy religiosity.

Essentially, what religion does that satisfies and fuses both the real and the imaginary is to give narrative and purpose to existence. Movies have a beginning, a plot that moves and motivates the narrative, and an ending; and so does religion. Theoretical cosmology might have a quite different rendering of the beginning and ending (if there is one) of the existence of the universe, but it doesn’t sell in Hollywood. People have neither the intelligence, nor the sentiment, to abide the science that grudgingly reveals a reality with an arc that has none of the character and personal relevance as “revealed truths.”

Religion and movies had another symbiosis: sex and violence. Early movies surprisingly raised a lot of concern about the need for censorship. Chaplin makes somewhat a mockery of Americans and their moral hang-ups, but he also cleverly gives the audience what it wants—sex and violence, packaged in religious redemption. Still, there were moralists who saw great danger in early films and pressed for production codes and other modes of censorship in Hollywood’s early days when it was first recognize that movies offered the same spectacles and cognitive contortion as religion—the willing suspension of disbelief. Paradoxically, the Bible proved a great firewall against censorship; the portrayal of biblical stories with their graphic sin and debauchery in need of redemption insulated movies like D.W. Griffith’s Intolerance (1916) or C.B. DeMille’s The Ten Commandments (1923), and numerous movie biographies of Samson and Delilah, King Solomon, David and Goliath, from charges of gratuitous involved sex and violence. So long as there is punishment and/or redemption all’s well that ends well.

And what greater Hollywood ending plot than one in which a god-man sacrifices himself to save all mankind (well, at least by some future sequel). There is no question, whether Jesus is played by Jeffrey Hunter, Max Von Sydow, Willem Defoe, James Caviezel (more on his portrayal below), and that we know Jesus is going to die but be resurrected, the crucifixion of Christ is a guaranteed box office gift that not only keeps on giving monetarily, but further imprints the “truth” of the gospels into the public consciousness. It is not without some secular as well as religious relevance that the story of the New Testament has been filmed as The Greatest Story Ever Told (1965).

Yet it is one of the curious aspects of the Hollywood idiom that many of these movies about the origins and growth of Christianity, almost always shown in a positive if not even proselytizing light, were the product of a cinematic industry that was for much of this period owned, operated and controlled by Jews. In his excellent book, An Empire of Their Own: How the Jews Invented Hollywood, Neal Gabler writes that “Hollywood Jews were always very tender with the Catholics.” The Jewish Hollywood movie moguls were, as Gabler explains earlier in his book, always eager to create in their films a good and patriotic perception of America. And America was then as it is now a largely Christian country. Some of the moguls, particularly Louis B. Mayer, appear to have had a special affection for Catholics, perhaps because they suffered some of the same prejudices as Jews. To Mayer, “Catholicism had that aura of the august and the holy. Or so Mayer thought.” Producing movies that portrayed Christianity in general, and Catholicism in particular, was also good politics and public relations, and almost always good box office. But usually, in these productions it was left out altogether, or to ambiguity, as to what role the Jews of Jerusalem played in the crucifixion of their rebellious rabbi.

Apparently this was an omission that actor, producer and director Mel Gibson considered in need of correction. Gibson, a devout, conservative Roman Catholic, apparently also felt that a “counter-reformational” version of The Passion of the Christ (2004) was due. Not only had the Jewish moguls failed to cinematically indict Jesus’s fellow Jews for his death, but also conservative Catholics had been upset by when Pope John XXIII’s Second Vatican Council (and subsequently Pope Paul VI) had repudiated the long-held belief among conservative Christians in the Jewish deicide.* Gibson apparently prefers the origin of that slander that had long been the basis for pogroms and other persecutions of the Jews that appears in Matthew’s gospel.

27:24: When Pilate saw that he was getting nowhere, but that instead an uproar was starting, he took water and washed his hands in front of the crowd. “I am innocent of this man’s blood,” he said. “It is your responsibility!”

* The Jewish deicide slander cannot entirely be laid at the feet of Roman Catholicism. Martin Luther, particularly in his later works, notably On the Jews and Their Lies, expressed antagonistic views toward Judaism, writing that Jewish synagogues and homes should be destroyed, their money confiscated, and liberty curtailed.