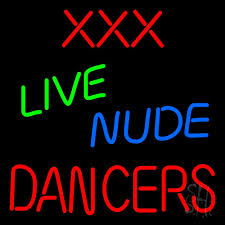 I might be doing something wrong—nobody has tried to muzzled me, to shut down Dragon City Journal, although somebody did comment recently that I should just “shut up” (it was gratifying to know that I had reached out and touched someone). Personally, I have never had free speech issues. I was a tenured professor, and the usually overlooked reason for tenure is to allow us to “profess” unfettered. In the classroom the concern is not censorship, but indifference. These days tenure is being eroded in many places and outside of campuses the First Amendment is like a food fight in a prison cafeteria, with “alternate facts,” “fake news” and Twitter bots as the weapons de jour.

It’s a huge subject, so I just want to take an angle on it with the question of whether free speech is a matter not just of what is being said, but also where it is being said. Put another way: Do you have the right to go anywhere to mouth off your First Amendment rights? Not anywhere, I maintain, and certainly not in my private space, and not disruptively in my classroom. But the issue is, as we know, with public space.

These days the issue has burst into the news with the matter of political speech on the UC Berkeley campus, sacred ground of the “free speech movement” of the 60s, the question being, should the likes of the odious Steve Bannon and Ann Coulter be allowed to spew their garbage on campus, when most of the students regard them and their politics as scum. A slightly different situation obtains at Harvard, where Trump puppies San Spicer and Corey Lewandowski have been invited to lecture as ”fellows” of the School of Government. Why? Frankly, at either or both universities I would rather hear from Kim Jong Un.

I say, let them have their say, but only if they agree to questions and comments. The campus ain’t Fox News.   What better place than a university for the students to cut their teeth clobbering these scumbags who are used to appearing only before their own choirs and only want to use the First Amendment to put liberal universities in awkward positions. Let the light of reason shine upon them.

I recall an occasion when I was a grad student at Syracuse and Neo-Nazi racist George Lincoln Rockwell was given a permit to speak on campus from the steps of the Carnegie Library. He was not prohibited, but the students pelted him with marshmallows.

But I am a student of urbanism and urban planning, which brings a spatial perspective to such questions—not just the process of public discourse, but the locus. Cities are a tension between the freedom we need to make the dynamic and interesting, but they also need to have sufficient orderliness and efficiency that requires (sorry Republicans) regulation. In some sense, then, city planning becomes concerned with having a place for everything, and having everything in its place. Some people disagree with the everything part—like, for example, not having people of different race living next door to them. Cities are always in this state of tension because they are engines of change.

As a planning consultant I sometimes came in direct contact with such concerns. One of the more interesting examples is when I was engaged by the council of a small city in San Diego county to advise them on a matter of what I called and “X-Rated” land use. Specifically, this was a bar in a mini-mall that presented women that danced in the nude. The city council had received many complaints from citizens and, in effect, wanted me to come up with a way of getting rid of it. After checking the place out I researched the prevailing law regarding such uses and leaned that dancing nude is considered a form of “speech” and is therefore “protected” by the First Amendment. Ergo, the adult bar could not be prohibited—but it could be regulated by ordinance (although ordinances are subject to judicial review for being “confiscatory” or what is regarded in land use law as a “taking”). The bar remained, but regulations, such as the dancing girls could not be viewable from outside the premises, kept the dermal speech in place and the legal standing gave the council political cover.]

University campuses are somewhat like cities. They are the places that generate ideas and so they must allow exposure to all ideas—even some that we already know to be stupid ideas—if only to expose how many subscribe to them. Truth is the precious commodity of the university and political bullshit will not stand up to the intellectual protocols for its establishment. Moreover, the obvious intent to put the liberalism of universities to the test should be subject not to censorship and prohibition, but to what professors dislike the most—indifference. Or marshmallows.\

Thank you for correctly using your First Amendment rights.

Every city needs a Speakers’ Corner!

A good idea that could be compromised in heavily-armed American cities. When I lived in London I went to Speaker’s Corner several Sunday mornings. Have to say that I sometimes came away convinced that light and air are the best things for biodegrading bullshit.