How my country achieved greatness through racism and brutality 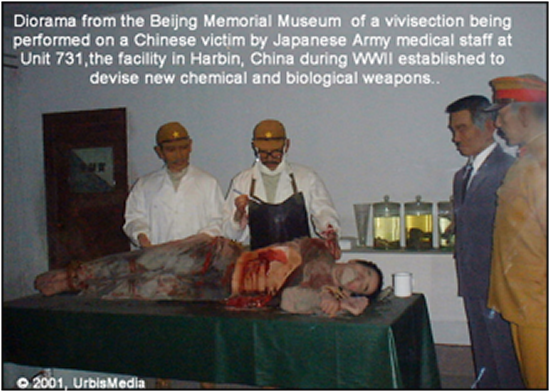 Yesterday, I heard on television a former American soccer player and now commentator on the FIFA Women’s World Cup remark that teams from other countries taunt the USA team because “we are the greatest country in the world.”  When there was an awkward silence from other commentators on the panel, he qualified, with a slight wince, “well, at least I think it is.”

One hears this chauvinistic crap all the time, too often to justify military adventures like Vietnam and Iraq. Like the guy at the bar whose always bragging how much he gets laid, he probably isn’t, but everybody else thinks he’s an asshole. Nationalistic Americans don’t get it (usually because we only speak and understand our own language), but that is often how we are perceived abroad, as blowhards with a superiority complex.

We are great hypocrites however. The very same chauvinists might also claim how much they hate the U.S. Government, or that their gun rights, or religious faith, or family values are in decline nor under assault in America, claim we are the greatest.  Are we great because we have more a greater percentage of our people in prison than any other country, or have 32,000 gun deaths every year, greater than anybody else, or that our police kill a Black person every 18 hours?  Were great at that shit.

I could have (and have) gone on at some length on this, but a particular news item caught my attention today that I think throws the question of our national greatness in more relief.  First, I invite you to some of the nasty habits of our erstwhile enemies in WWII.  You, know those guys who seemed to enjoy setting up extermination camps in Europe and those guys who enjoyed beheading Allied POWs (no, not the ISIS guys) in Asia.

I grew up believing the Axis bastards were scum who deserved to have their cities leveled by carpet bombing or atom bombs.  As the years went on and I was exposed to more evidence—the horrific photos from Auschwitz and of the Rape of Nanking—that only solidified my illusion that we were the good guys, who didn’t engage in that nefarious behavior, who played by the rules and the Geneva Convention. We were different, exceptional. I could (and should) be proud to be an American.

I suppose that it wasn’t until the My Lai massacre in Vietnam that my illusion was seriously threatened.  The military played it well, creating the “few bad apples” bubble and hanging one guy out to dry that let us go on with the diversion of “body counts” that it wasn’t until the diligent and deep research of journalist Nick Turse that demonstrated that My Lai wasn’t the “exception” but, as I wrote in  my review of Turse’s book, Kill Anything that Moves, was not an anomaly of that war, it was but one expression of a policy built of the fusion of racism and obsession with body counts that resulted in hundreds of thousands of civilian victims of murder, torture, rape, and cover-up. Much of the racism was fueled in boot camp as the Vietnamese were systematically dehumanized by being referred to is “gooks,” “slopes,” and other racial slurs, to be conjoined with the fear, testosterone, and outright cruelty.  It made it harder to be a proud American.  It also helped prepare me for those nice photos from Abu Ghraib when “the greatest country” embarked on its next unjustified and unnecessary war.

By then I had already read a little book I happened to stumble upon when I was visiting Kyoto.  Unit 731,* is a documentary account of the Japanese military’s medical research unit during WWII that established a facility in Harbin Manchukuo. Just given a unit number this facility was dedicated to the conduct of of some of the most horrific experiments on live human beings (mostly Chinese captives, but others as well) that not only rivaled, but exceeded those of Dr. Josef Mengele at Auschwitz.  I have subsequently visited museums in Beijing and Nanjing where there are sections dedicated to exposing and remembering the atrocities perpetrated on human beings in the pursuit of chemical and biological weapons. Yet, as horrifying as the accounts were of experiments that often included vivisections of victims what I found to be equally distressing was that, at the close of the war, American military authorities were more interested in acquiring the information obtained from these atrocities than they were in prosecuting their perpetrators, many of whom appear to have received “a pass.”**

By the time we get to the employment of paranoia to justify Guantanamo, extraordinary rendition, and torture, not to omit war upon nations based upon false pretexts and lies that resulted in tens of thousands of deaths, the appellation of “the greatest nation on earth” is pretty much in the toilet. Perhaps all one needs to flush that puffed-up notion into the sewer is the recent disclosure that the good ole US. of A has its own ugly history of experimentation on human subjects—especially if those “subjects”  happen to be non-white.  Recently disclosed information about U.S. military studies of the effects of mustard gas***on soldiers. Apparently the information they had from the many sufferers of the effects of this hideous weapon from WWI was insufficient because they did not have sufficient data on its effects on people of color. Hence, gas some Blacks, Asians and Puerto Ricans.  Jesus, give us a break, will ya; so you needed an extra excuse to cover good ole American racism. We already had the experience of the Tuskegee Syphilis study that deliberately faked out African-American men who had the disease, but were told they were suffering from “bad blood” and were denied penicillin (which was a known effective treatment) so that the long-term effects of the disease could be assessed. Now ain’t that just great.

America.  Greatest country in the World?

**I am not sure that the same applied to Nazi death camp figures, many of whom were punished. But what about “Operation Paperclip,” the American program that brought many Nazi rocket engineers, such as Werner von Braun, who had developed weapons that killed thousands of Londoners, to the U.S. to help found the American space and ICBM programs?

***This gas is a class of related  cytotoxic and  vesicant  chemical warfare agents with the ability to form large  blisters on the exposed skin and in the lungs.  See also, in these pages:  85.1: GAS[P] Warfare (9.4.2013)

****This is not meant to be a denigration of many great things that are done in my country every day.  Like, for example, my twin granddaughters each scoring goals in their soccer game last week.