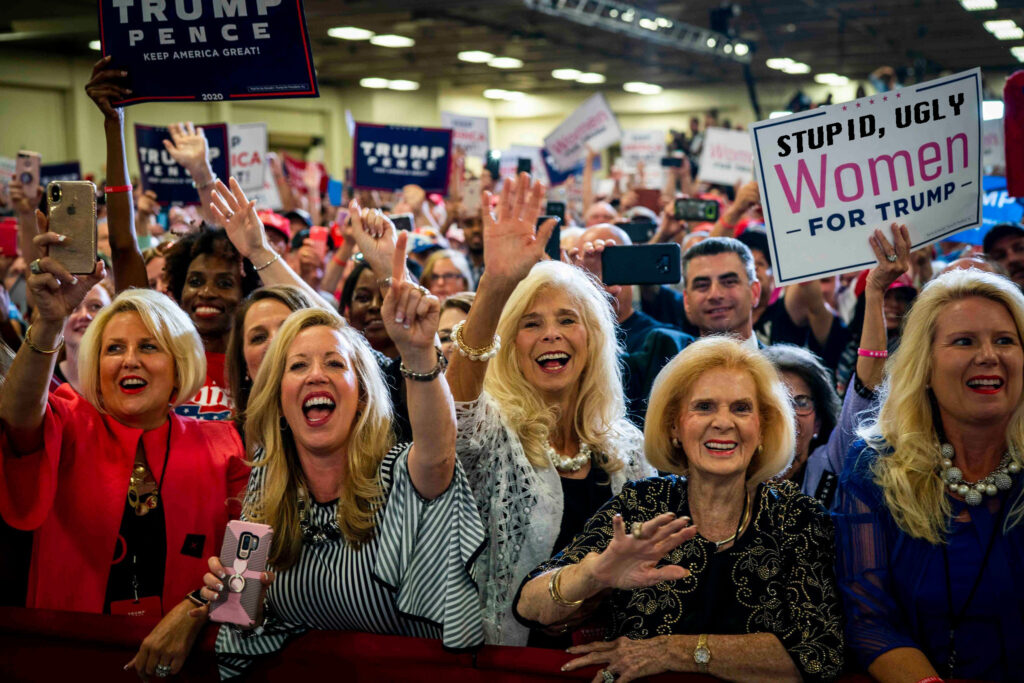 I know, I know, some of you are saying right now, “This just isn’t like Dragon City Journal. He’s not misogynistic, and he’s always respectful of women. Calling them stupid and ugly, like that.”  Right? Well, don’t blame me. They’re the ones that made this sign that specifically referenced their gender with “Women” in nice big red letters. These slags (oops) wanted to emphasize that, so where I come from rhetorically, it’s game on, bitches (oops again). So I’m not going to exercise much gentlemanly restraint. If these women were holding up signs that said: “We love a guy who yanks children away from their mothers and puts them in cages. We love a guy who makes fun of people with disabilities.  We love a guy who thinks white racists are nice people. We love a guy who would grab our pussies (although he probably wouldn’t, because he wouldn’t rate any of these above a 3).” There, you can see that there is some specificity to my referring to them as stupid and ugly (because there was not enough room for “contemptible” and “reprehensible”). So go ahead, slap me with a Harvey Weinstein or a Bill Cosby, if it makes you feel better.  But then  take a nice long look at that picture again.

…and they ALL have the same hair color…remarkable.