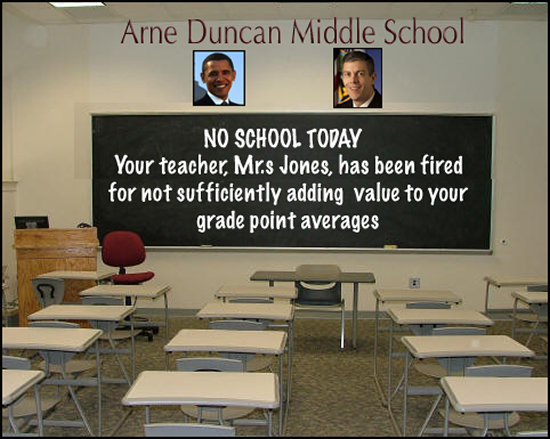 I remember the first time I ever set foot on a university campus. It was the winter recess of my eighth grade and a few of my friends and myself were going sledding on the hills of the deserted University of Rochester campus. The campus abuts a city park along the Genesee River and its Georgian revival buildings were dusted with snow. I remember the feeling that I had stepped onto hallowed ground. The feeling was similar to that of entering a vast cathedral; but the campus seemed a place that held a knowledge that was not secreted in inner sanctums and scriptures, but a knowledge that beckoned with secular revelations—truths, not mystical absolutes.

That day I had found my true church, even if at the time I did not recognize it in quite that way. I pointed myself toward the university and went as far as I could until the only way to remain there was to move to the other side of the rostrum. I remained there for over three decades, never doubting that education was my true faith. It was a period, alas, over which I also witnessed the seemingly inexorable desecration of the university, of my secular church. But more on that has been addressed elsewhere in these pages [See DCJ Archives, 24. 7: CORPORATE U 9.21.2005].

This time I don’t want to talk about the rot at the top of the tree, but at its roots—primary and secondary education. Full disclosure requires that I admit I have never taught at that level, but I did spend a couple of decades escorting teachers on European, Middle Eastern and Asian trips, and have relatives who teach at that level, so I have some second-hand experience. Thirdly, I happened to be doing post-graduate work at the Maxwell School at Syracuse University when professors Alan Campbell and Seymour Sacks had large Brookings and Carnegie grants to study the finances of large city educational systems. Campbell and Sacks forgot more about education than Barack Obama and Arne Duncan could learn in a dozen lifetimes.

It should first be pointed out that there has always been a persistent strain of anti-intellectualism in American politics. Bashing the highly-educated as elitist (especially “Eastern, Ivy League” elites) who are out of touch with the values of the common folk, has been the basis for more than a few political careers. George W. Bush managed to do it while holding (earning?) degrees from Yale and Harvard. But then, the hallmark of anti-intellectualism is the capacity to retain entirely contradictory thoughts in the same argument. The craziness of this tendency has risen to its fullest flower in the cant and rant of the Tea Party and the babblings of the likes of Glenn Beck, Sarah Palin, Rand Paul, Jane Brewer and Karron Angle. Tea Party members seem to be unbothered by the inconsistencies of slogans such as “Keep Government out of my Medicare and Social Security,” a favorite anti-government contradiction that does not bother their peculiar sense of logic. And, of course, since education always creates the risk of secularization, anti-intellectuals suspect it as an insidious process of sealing not just the hearts and minds of our children, but their souls as well. Facts have no place in their moralistic persuasion. So in the suspicious minds of anti-intellectuals schools are barely tolerated, actually only regarded by many as a necessary extended daycare system for working parents, or as a place where children will be exposed to the horrors racial integration.

On the other side are those who think they can wonk a complex and varied system. The putative purposes of silly policies such as “No Child Left Behind” and the machinations of the Obama administration that extend the misguided normative elements of that program, might, in fact, do as much or more damage to the character of the American elementary and secondary educational system than the fiscal and ideological attacks of anti-intellectuals.

Under the Obama administration more and more school districts have been forced to adopt a system called “value-added modeling” some even admitting that it is an effective method for increasing “teacher accountability.” But others argue that it will give an inaccurate picture of teaching and learning.

The value-added method calculates the value teachers add to their students’ achievement,based on changes in test scores from year to year and how the students perform compared with others in their grade. From the analyzed data, with a few statistical assumptions, a list ranking teachers from best to worst is produced.

Value-added modeling is spreading nationwide, with hundreds of school systems, and those in New York, Chicago and Washington are already using it to assess the performance of schools or teachers. There will be many more since the Obama administration is pushing states and districts to develop more effective teacher-evaluation measures than the traditional classroom observation by administrators. But there is also the part where the value-added method is also being used as a factor in decisions about who receives bonuses and promotions, how much they are paid, and even who gets fired. Small wonder that the method and the decisions based on it are resulting in a lot of heated controversy in America’s schools.

Anyone who has been in the trenches of education is aware of the variables (and the variation) in the classroom context. They are variables that cannot be accounted for in a competitive and comparative framework upon which educational funding is determined. No way. The focus is upon what is regarded as “teacher accountability” (what is laughably called at the university as “teaching effectiveness).

The Student. Some students come from intact families, have been to pre-school, had tutors, and even nannies; others would barely know what I am talking about. Some have parents who are models of the success of education, help with homework, come to PTA and participate and take an interest in the school and their kid’s progress. Some kids come to school better fed and healthier than other kids. If you don’t think that these variables can make a difference on whether a kid is learning then you need to go back to school.

The School. Elementary and secondary education are local. The difference in the tax base, from which (depending upon the state) much of local education is financed, can make a huge difference in the quality of the schools, what teachers are paid, and whether there are things like art programs, sports, computers and smart classrooms. And the way that local school finance works, for example with funding based on ADT (average daily attendance) favors schools with healthy children with additional funding.

The Subject. Some teachers get to teach the choice subjects, those where you can tell stories, show films and such. Others get to teach math or poetry. How do you rank a phys ed teacher against one that teaches algebra, or music?

The Teacher. How would you like to be a rookie Social Studies teacher in a large inner city school where there are thirty different racial and ethnic groups and most if the kids do not have English as their first language? Happy value-added score. Not only are you probably already being screwed on salary, you are going to lose out to Mrs. Fotherington, who has been teaching at The McSnoot Happy Countryside School in some gated community with enough property tax revenue to buy a Ph.D. tutor for every student, when it comes to a promotion or raise. And isn’t is amazing that Americans “entrust” their next generation for six to eight hours a day for years to the attentions of teachers that they keep as among the lowest paid and overworked workers in the national labor force.

Recently the Obama administration created a program called the “Race to the Top” Fund. It provides competitive grants to encourage and reward States that are creating the conditions for education innovation and reform. You can Google it to see who the winners were. My point is that I don’t see the point. Sure it sees innovation as a good thing; but since when does education become some sort of a contest.