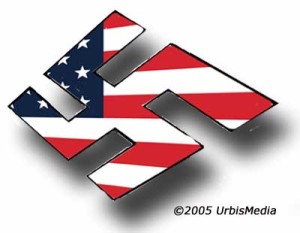 The pro-democracy demonstrators in Hong Kong refer to their police as the “po-po,” a rather innocent-sounding sobriquet for a force that has unfortunately transmogrified into a militarily outfitted and thuggish element that competes both in appearance and behavior my with their American counterparts whose brutality is motivated by White racism. Here I refer to the Americans as “robocops,” owing to their carapace of body armor, helmets and facemasks, shields and clubs.  Their typical opponents in American streets our young students and women, usually attired in sneakers, backpacks, and brandishing cardboard signs, and an assortment I’ll Other questionable combatants. Such standoffs in the streets shoulder robocops not as brave first responders who typically run to the source of trouble, but is brutal cowards armed with tear gas, pepper spray, rubber bullets, and no doubt lethal firepower.  Typically outfitted in black they are reminiscent of Heinrich Himmler’s SS, the favorite color of the paramilitary Schutzstaffel.

People keep saying that I shouldn’t overdo bringing up similarities between Hitler and Trump, and the Third Reich and his administration, and maybe by extension comparisons between the American condition and the rise of fascism in Germany in the 1930s. Well, screw them. I’ll take my comparatives where I damn well choose and if it offends their historical, literary, or political sensibilities, I don’t give a rat’s ass. (they like to piss and moan about “political correctness,” well here, suck on it.)

I grew up in the wake of World War II, and the first indelible sounds I remember were from newsreels of Hitler’s speeches at those Nürnberg rallies, and the most powerful images were of those piles of naked dead bodies from his extermination camps. They have stayed with me all my life and, while Trump’s speeches aren’t yet as compelling and extreme as the Fuhrer’s, and the exterminations more recondite, I defy you to explain the difference between a Wehrmacht soldier gun-butt-smashing an old Jew in a Warsaw street, and Officer Chauvin snuffing the life out of George Floyd in the broad daylight with smug indifference.  There’s plenty of bullschiesse from Himmler justifying the brutality of his SA and Gestapo police units that you can hear coming out of the mouths of the American attorney general, homeland security types, and police officer association hacks.

America needs to wake up to the fact that its police forces’ loyalties safeguard the property of the capitalist establishment, not to “protect and serve” the precariat racial minorities of the inner cities. As one who had a close personal encounter with what was mistakenly referred to as the ”race riots” of 1968, as well as one who read the National Commission’s report on them, I’m not surprised to see essentially the same scenario play out five decades later. Fundamentally, these disturbances, kindled by poverty, prejudice, racism, and usually ignited with a heinous act of police brutality, remain confined to inner-city neighborhoods.  Brutal police putdowns are based on the myth that they are destined to take over the white city neighborhoods and suburbs.  Meanwhile, White racists prepare for assaults on their state capitals in defense of their “threatened second amendment rights,” assured of the passivity of their local Gestapo. And, should such arrangements appear to fail in any way to protect white skin and capitalist property, with the right national leadership and the complicity of rural and racist states, national guards and other units of the military can always be ordered to cross the Rubicon.

The present essay is inspired by my having recently watched a PBS Frontline documentary titled “Policing the Police,” featuring police officers from the Newark New Jersey PD, and hosted by American history professor and New Yorker contributor, Jelani Cobb.  As a former producer, writer, and presenter of public radio documentaries and interviews on a variety of publication topics, I have a somewhat professional interest in this type of media. In particular, I had once produced a 25-minute documentary on the very subject of police-community relations and police misconduct, called “problem-oriented policing.”

After watching the Frontline program, on an evening in which other channels were covering battles between police and protesters in real-time, I was left with a lingering sense of disappointment, and so by way of review, I included the text of the email that I sent to Frontline the Following morning, as follows.

Watching your program on policing the police last evening brought me to something between laughter and tears. Unfortunately, Professor Jelani Cobb, does not appear to have the chops to get to expose the real essence of the problem. It’s all laid out there right in front of him and us, but it is left to the viewer to put the pieces together into a reasonably coherent tableau that exposes the deep roots of the problem of police/community relations in America. Cobb rides around with a couple of Newark Hispanic cops who confidently, if not appropriately, use their professed “instincts” to inform their nightly stop and frisk forays in black neighborhoods, smudging the line, both physically and vocally, of police brutality in their own favor. Cobb seems to let the matter drift off into the Newark night.  This would’ve been an appropriate production point for him to inject some concerns from outside of the back seat of the patrol car.

Newark has also appointed its own black police chief, who seems not to get it that he’s a set up for the blame game.  We have seen a number of black police chiefs and sheriffs before the cameras addressing responses to shootings and terrorist events, shiny four-star medallions twinkling from their collars and mysterious campaign ribbons adding a dash of color beside their badges. But they are always in an awkward position when the police misconduct is aimed at persons of color, especially on the numerous police killings of unarmed African American men and women. How does a black police chief operate when the very policing culture he oversees is corrupted by racial prejudice? The question lays they’re in the background, but the context seems too cordial.

Or perhaps Cobb is too kind to address that it’s all so nicely contained and managed by the overlord white society that forces minorities to prey on one another–even giving them the legal authority to do so–and burn down their own neighborhoods. He even seems deferential to the bullshit of the white cops interviewed who have managed to take a ringside seat to the responsibility trap that they have engineered.

I am a great admirer of Frontline’s programming, but this one was an amateurish job that failed to get the point that the fix is already in. I mean no disrespect to Dr. Cobb or to the Black people of Newark that they have been made to be pawns in a rigged system that is designed to keep them where it has always been intended in America, subservient and contained. You need to move this up a notch and widen the aperture: sometimes you can’t see the forest when you’re in amongst the trees.