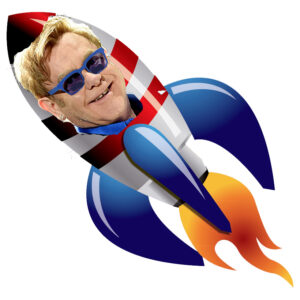 I begin this post with a confession, or maybe it’s just an admission. But it’s controversial and I’m taking the chance that some readers might be pissed off at me. But in the interests of full disclosure for the subject that I am about to engage, it is necessary that I do so.  I promise to say three Our Fathers, Three Hail Marys and make a good Act of Contrition.  And it is this.

I do not like gay motion pictures, or more specifically graphic sexual behavior between homosexuals in movies. Sorry gays, nothing personal, it’s just that it makes me uncomfortable. The best expression of uncomfortable that I can give is that it is like “someone scraping their fingernails on a blackboard” kind of uncomfortable. There, I have said it; I have never before expressed that in voice or text. [Now here I have to provide a space for some wanker who has read too much Sigmund Freud to interpret this as an indication that, lo and behold, I am a repressed homosexual. Wrong, but there I’ve said it for you, Ziggie]

I don’t know why those gay sex scenes make me uncomfortable.  I haven’t really thought about a great deal, but I put it in the category that I was “just born that way”.  You know, the way we need to accept the validity of the way some people have been born. I was born with the “scrapey fingernails on a blackboard” gene. It’s not a “life-style” choice.  Would “conversion therapy” help?

The reason I’m bringing this up is that I have no intention of seeing the new movie about Elton John, Rocket Man.  Sorry Sir Elton, it’s because I’ve never really cared for your musical presentation or your over-the-top costumes, shoes, and spectacles. Just not my thing, so not worth my time or money to submit myself to it, although I think I might have heard a tune or two of yours that were pretty good. Here I am referring to your performances (not the way you were born), and I presume that you do not engage in sexual intimacies during your performances.

[I just realized that this is beginning to sound like some sort of a letter that I am writing to Elton].

So, having said these things I find myself in a slightly awkward position, upon hearing on NPR today, that the version of Rocket Manthat is scheduled to be screened in Russia has been significantly bowdlerized in the cutting room to excise any scenes (I suspect these are “fingernails scraping on blackboards” scenes) that would offend the truly homophobic Russians. You see, there is a lot of homophobia in the land of Peter the Great, even though I have personally seen, when I visited Russia (it actually was the USSR at that time) folk dances with only men dancing with men. (So that’s where it comes from.)

Anyway, since I don’t give a bowl of borscht for Elton’s performances, I have no interest in seeing the fingernail-free Russian version either. But I do think that Elton and his moviemakers have a right to be pissed off that their movie has been violated. They have complained to the Russian authorities who have notified them that Russia has laws relating to some bullshit notion that such things as explicit homosexual behavior (or saying that Vladimir Putin has the face of a feral marmoset) are considered to be injurious to Russian culture. No doubt, because Elton has performed in Russia in the past to very popular acclaim, they are worried that the full version of the movie could result in massive homosexuality and that their male computer hackers will be spending all their time surfing gay porn sites (and dancing with each other).

My suggestion is that Elton and his producers tell the Russians “yebat’ sebya,” and take their movie and go home.  That’s right, Elton should show up at the Kremlin in maybe his fuchsia-feather jacket with blinking rhinestones, tanned rhino scrotum platform shoes, and silver bat wing glasses with periwinkle blue lenses and tell them that he has a box full of photos of Stalin and J. Edgar Hoover in dancing in drag prom dresses, and naked fingernail-scraping positions.

Too bad if Paramount has to sacrifice all those rubles. But, as an old movie director friend of mine used to say, “nothing is ever wasted.” So maybe we can rescue something from this Rocket Man–Russia squabble. If Russians are so terrified of gays turning their country into a land of Homophiliacs, maybe NATO can learn something from it. Consider an army of Rocket Man soldiers outfitted in drag, prancing a la cage au folles eastward out of Poland and across the steppes toward Moscow. Napoleon wasn’t able to subdue those homophobic Rooskies, and neither was Hitler. But then, their uniforms didn’t feature pink feather boas.